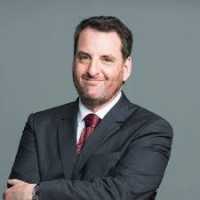 MedicalResearch.com: What is the background for this study? Would you briefly explain what is meant by brain entropy and how it relates to intelligence?

Response: Think of human intelligence as the capacity for a human being to understand their complex and ever-changing world. The world of a person is really complex and constantly in flux so the human brain must be ready to understand whatever may come – when there is no way beforehand to predict what might come. How does the brain understand its world? It creates specific models of the information it receives through specific patterns of neuronal connection. These are called brain states. The way the brain understands its world is largely through using such models, or brain states, to accurately predict what comes next. So you can see that for an intelligent brain to properly understand and predict events in the world, it will need to have access to a very, very large number of brain states. And this is how entropy is defined.

Entropy is a very old and very powerful concept in the history of science. Not only is it fundamental for thermodynamics – what we learned in high school physics – but it is also fundamental for the nature of information and it’s processing. Entropy is defined as the number of states – or distinct configurations – any system has access to at any point in time. High entropy means access to a very large number of states. Low entropy means access to a very small number of states. A solid is a phenomenon with very low entropy. A gas is a phenomenon with very high entropy. Life, and the brain, are somewhere in between.

Although it is impossible to precisely measure the number of states a brain has access to at any one moment, there is a highly related concept that can be measured. A system with access to a very high number of possible states (like a gas) has components with behavior that is highly unpredictable. A system with access to very few possible states (like a solid) has components whose behavior is highly predictable. We measured brain entropy through the predictability of the brains components at the smallest scale we had access to: what are called voxels in an fMRI scan. These are 3mm cubes of neurons in a functional MRI scan, and there are many thousands of these voxels in our measurement and each of these voxels contains information on the activity of hundreds of thousands of neurons. We measured the predictability of each of these voxels and then found clusters of voxels where their predictability – or entropy – was related to intelligence.

Response: Every way we looked at the results, they were pretty much the same. High entropy meant high intelligence. For verbal intelligence this relationship was most prominent in the left inferior temporal lobe. This region is known to be involved in reading, word retrieval, and what is called semantic retrieval – and verbal intelligence is clearly related to the ability to readily retrieve words and their meanings, and/or a larger repertoire of stored vocabulary – so these results make sense based on the literature. For matrix reasoning (or problem solving) intelligence this relationship was most prominent in the anterior frontal lobes on both sides. This finding is consistent with the literature on what is called fluid intelligence or the capacity to flexibly solve novel problems, whereas what is called crystalized intelligence involves the capacity to access stored knowledge, such as vocabulary. The left inferior temporal lobe was also involved in matrix reasoning suggesting that both crystalized and fluid intelligence – through entropy – is involved in complex reasoning tasks.

An unexpected finding was the involvement of the cerebellum, particularly in performance intelligence. This area of the brain is usually thought to be mainly involved in motor control, balance, and motor learning. It is a pretty mysterious region of the brain and understudied. Recent research suggests it has a critical role in brain computation more generally than related to motor systems, particularly visual-spatial representation. Obviously, more work needs to be done to understand these findings.

Response: The brain, for all that we already know about it, still remains a mystery at a pretty fundamental level. If you step back to think of what the brain needs to do to help its owner get through life successfully, the task is – truly – awesome. How – really – does it model its environment to accurately predict what will come next, moment, by moment, by moment. The computational challenge is incredibly complex. I’m certainly not saying that our article solves this mystery, but it does offer some new intriguing clues. At a pretty basic level, brain activity involves modeling the world through having access to specific neuronal configurations, or states. And intelligence would require having access to a great many of these states to model the information that needs to be modeled. Our results are consistent with this idea. They are also consistent with a really compelling theoretical literature lead by Karl Friston and others stating that the brain essentially does its work through a relatively small number of principles based on creating generative models of its world, calculating through Bayesian reasoning, with a motivation to minimize prediction errors. There’s an awful lot more to this fascinating literature, but our results are consistent with it and, I believe, lend empirical support to it.

Response: I believe one of the most important implications of this research is to capture how successful modeling of a person’s world is based on access to a great many brain states so that the brain can flexibly understand whatever information may come. There are brain disorders that are associated with – or even defined by – inflexibility in information processing. For example, an area I study – Posttraumatic Stress Disorder or PTSD – involves inflexibility in processing information related to threat such that the information the brain receives tends to be interpreted as threatening, even in situations that are not objectively threatening. We are now studying brain entropy and PTSD with the hypothesis that in certain brain regions responsible to process threat information, there is lower entropy. Other disorders may also show entropy differences based on specific forms of information. I’d expect, for example, differences in brain entropy in individuals with autism related to modeling social information.

Response: I guess one thing. We know that we are drawing important conclusions with these findings and so we wanted to be very conservative with our methods. We wanted to see convergent findings through a variety of methods, including using different methods to examine brain activity through fMRI, splitting the sample in two to look for consistent findings, and adding very cautious tests of significance. And we did observe such consistent and convergent results.