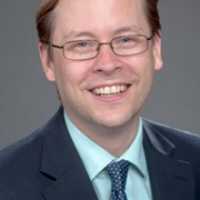 There is a large body of work illustrating the cognitive impairments associated with concussions in the immediate aftermath of the concussive event. However, it is not clear whether concussions can change cognition more long-term and how concussions might change how the brain functions during specific types of cognition.

In our study, we examined executive function, which is a cognitive process that helps control or manage other cognitive functions, in a group of healthy young adults aged 18-24 that had suffered at least two concussions and compared their performance and their brain oscillations to a group that had not suffered any concussions. Brain oscillations help the brain coordinate the activity of the thousands of neurons necessary for any sort of cognitive process to occur. The participants in the study self-reported their concussions with all concussions occurring at least one month prior to participating in the experiment.

Response: Multiple concussions can have small long-term effects to an individual’s executive function, even in a population of generally healthy young adults. These changes in executive function are in part due to changes in how the brain communicates information within and across brain regions.

Response: Now that we know that brain oscillations are changed by concussions and that those oscillatory changes are associated with decreased executive function, we can design intervention studies that might increase executive function abilities. There are different cognitive training techniques that change brain oscillations which could be tested to determine whether they mitigate the decrease in performance we found.

Response: We want to emphasize that the decrease in executive function we see in the task does not reflect abnormal cognitive abilities. The participants with multiple concussions performed well on the executive function task. They just did not perform as well as those that had not had any concussions.