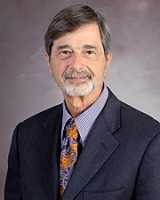 Response: Multiple sclerosis (MS) clinically is a very heterogeneous disease. It presents in considerably different ways and has a very poorly predictable clinical course. In an attempt to better communicate between experts in the field, there have been multiple attempts to categorize “typical” courses of the disease. How we think about the disease is in part driven by these somewhat artificial categories that lump our patients into those with relapsing forms of the disease (relapsing remitting with or without accumulating clinical disability, and secondary progressive with accumulating disability eventually occurring even in the absence of apparent clinical episodes of the disease), and primary progressive MS, where patients are slowly or sometimes rather rapidly accumulating disability in the absence of prior clinical relapses.

However, the distinctions between multiple sclerosis patients are not always as clear as the definitions would suggest, and it is certain that patients with primary progressive multiple sclerosis sometimes have clinical relapses after years of never having had relapses, and show MRI evidence of having accumulated many lesions in the brain over the course of their disease. Until now, none of the drugs that have shown benefit for relapsing disease have been able to convincingly show clinical benefit for patients with primary progressive disease, and for that matter have shown variable results when attempted in patients categorized as having secondary progressive courses. While some of our currently approved drugs have shown hints of benefit when tried in major clinical trials in primary progressive MS, the results were not been robust enough to seek regulatory approval.

The Oratorio study design was based on lessons learned from prior trials in primary progressive and relapsing forms of MS, as well as the recognition that B cells might play an important role in the immunopathogenesis of disease based on a considerable amount of preclinical work and observations in patients with multiple sclerosis.

Response: Rigorous phase 3 studies are designed with the primary clinical outcome goal that is most appropriate to show that the drug is effective on a major manifestation of the disease that patients experience. For primary progressive multiple sclerosis, clinical researchers in the field have always understood that goal to be the slowing of the rate of accumulation of neurologic disability that limits an individual’s ability to function normally. We also include a number of secondary and exploratory outcome goals with the expectation that most of these will be consistent with the results of the primary outcome.

This study met its primary outcome, to slow the rate of accumulating disability as measured on a neurologic disability scale that has been the mainstay of all of our clinical trials and show that that amount of disability was maintained for at least 12 weeks.

The first secondary outcome was to confirm that the increases in disability were sustained for as long as 24 weeks. The importance of confirming changes and the sustainability of these changes in disability was important to be able to reduce the chance that these were related to relapses or relatively less meaningful fluctuations in the patient day-to-day performance. Multiple other secondary and exploratory outcomes were also met with nearly all of these supporting the primary outcome. Moreover, the drug had a safety profile that, at least over the course of the study, appears to be acceptable. Because we have been surprised by other disease modifying therapies that initially appeared to have quite acceptable safety profiles, some caution about whether the long-term safety of the drug remains appropriate.

Response: We have cracked the apparent barrier for our approach with anti-inflammatory drugs that can modify the course of primary progressive disease. This has substantial implications on how we think about MS as a disease overall, how we approach progressive phase disease in general, and what we should be doing in the future as we explore novel new therapies. For our patients with primary progressive MS, pending the decisions of the Food and Drug Administration, this report provides evidence of an option that we have never previously had.

Response: The two papers that appeared online in the New England Journal of Medicine today reflect a tremendous amount of effort by both patients and investigators to understand the potential benefit and side effects of applying anti-B cell therapy to both relapsing and our “purest form” of progressive MS. This data will be scrutinized further as we delve more deeply into exploratory and post hoc questions. Obvious areas of continued research include the extension of studies of patients who have participated in these trials in order to be certain of any long-term consequences of continued anti-B cell therapy, specifically with ocrelizumab, in terms of the durability of its efficacy as well as any emergence of unwanted delayed side effects over extended use of the drug. As has been the case with each of our prior approved disease modifying therapies, clinical success usually spurs additional interest in deeply understanding the effects of these agents through preclinical studies, and this is undoubtedly likely to be the case with ocrelizumab as well.

Response: Understanding what drives disability in the progressive phases of MS has been one of my focuses over the last several decades. We are finally showing that applying highly effective anti-inflammatory therapies that substantially limit new lesion formation makes a clinical difference in primary progressive multiple scleroisis. This not only opens this anti-B cell therapy as a proven approach for our patients, it also should serve to redouble our efforts to find novel agents to limit tissue damage as well as attempts to facilitate repair. We have made great strides, but much work remains to be done.