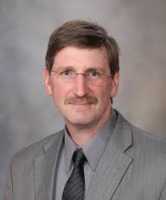 Response: The main finding is that RAD51D, BARD1, and MSH6 can now be included in the list of moderate risk breast cancer genes. In contrast, other genes such as MRE11A and RAD50 do not increase risk of breast cancer. In addition, we provide initial estimates of the level of breast cancer risk associated with mutations in the genes that cause breast cancer. The “new” breast cancer genes may now be useful for identifying women who can benefit from enhanced screening. These new data will need to be considered by the National Comprehensive Cancer Network (NCCN) which provides guidelines for clinical management of individuals with mutations in cancer predisposition genes. These results will also be useful for identifying members of families who are at increased risk of breast cancer.

MedicalResearch.com: Why did you choose to study this particular question?

MedicalResearch.com: Were you surprised by any of the findings–why or why not?

MedicalResearch.com: How do these findings add to what is already known in this area?

Response: As noted above, we now have extra genes that predispose to breast cancer in the population. These should be useful for testing of families and may prove useful for selecting women who can benefit from better screening for cancer using MRI. Excluding of the genes that are not involved in breast cancer is also important because women found to carry mutations in these genes should not be using the mutations to drive their clinical management.

MedicalResearch.com: Do you think inclusion of low penetrance/moderate-risk genes on multigene panels provides clinically useful information for patients and their families, or might it sow confusion or have other drawbacks.

Response: Inclusion of the moderate risk genes is important because women can benefit from knowledge about mutations through enhanced screening etc. Low penetrance genes are perhaps more questionable. However, there is still much to learn. For instance it is possible that some genes are low penetrance overall but may be moderate risk for certain breast cancer subtypes. We also are not sure whether other types of mutations such as missense mutations in these various genes have the same effects as truncating mutations. Perhaps in some situations missense mutations can influence risk of breast cancer whereas protein truncating mutations may not. Basically, there is a still a lot to learn about these genes and the only way we can do that is by amassing additional data. We should not remove genes until we are certain that they have no role, as long as the information coming from them is used with caution.

MedicalResearch.com: What additional research is needed?

Response: We would like to see further validation of these results in other large studies of matched cancer cases and controls. Further efforts are also needed to define cancer risks for genes for the general population and separately for individuals with a family history of breast cancer.