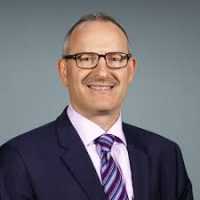 Response: The background for the study was to determine the extent to which new treatments for metastatic melanoma were impacting melanoma mortality rates for the United States population. Multiple clinical trials have demonstrated that several new agents were highly effective at prolonging survival.

These treatments belong to two different groups of medications: those targeting the biological pathway activated by mutation in the BRAF oncogene, which occurs in just under 50% of metastatic melanomas; and those targeting the immune system, called checkpoint inhibitors. These drugs prevent melanomas from suppressing the immune response to the tumors. Ten treatments were approved beginning in 2011, including six treatments between 2011 and 2014. We examined mortality rates between 1986 and 2016, prior to and after FDA approval of these agents.

Response: We found that melanoma mortality climbed by 7.5 percent between 1986 and 2013, but then dropped by nearly 18 percent over the next three years. The declines outstrip comparable decreases in cancers of the prostate, breast, and lung, three other common forms of cancer. The steep drop in deaths cannot be readily explained by better detection methods because death rates did not drop steadily over time, as would be expected for improvements in detection of earlier stage tumors, but sharply.

In addition, many healthcare groups have been pushing for early detection skin exams since the 1980s, so the timing of these declines matches up better with the introduction of the new therapies. The combined magnitude and rapidity of the decline appears to be continuing in recent data not included in the study, and is unprecedented in adult cancers.

Response: Our findings demonstrate how quickly patients and physicians accepted these new drugs into routine clinical practice, because they profoundly reduce deaths from melanoma. These therapies are now considered the backbone of how we treat melanoma that has spread beyond the skin.

Nevertheless, early detection is still important, allowing for less toxic forms of treatment and lowered health care costs. Prevention of melanoma by avoiding excessive ultraviolet light exposure, and promptly seeking medical care when there is a new or changing skin growth are crucial to reducing the risk of developing metastatic melanoma.

Response: Future research should focus on developing even more effective treatments, and identifying biomarkers to select patients most likely to benefit from particular therapies, while sparing others the risk of the potentially severe toxicities and high costs of treatment. Equally importantly, we need renewed emphasis on public health approaches, such as raising public and professional awareness of melanoma and its early warning signs, especially in adults aged 50 years or older, to reduce the number of patients who require treatment of advanced disease. We also need to investigate socioeconomic factors that may affect access to these newer therapies.

Response: Before these treatments were developed, less than 10% of patients with metastatic melanoma survived 5 years after receiving their diagnosis. Today the survival is between 30% and 50%. This is a spectacular example of how society’s decades’ long investment to reduce human suffering through basic scientific and medical research can payoff. The current trends are continuing, and we are hopeful that with continued investment in research we can reduce the death rates even further.

MedicalResearch.com: Do you have any conflicts of interest related to this study?

Response:  My laboratory conducts contract research with Novartis Pharmaceuticals, the manufacturer of two of the drugs recently approved by FDA for the treatment of melanoma.