11 Dec No Convincing Evidence of Memory Dysfunction Due To Statins 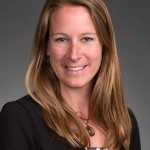 Response: Hydroxy-methyl-glutaryl (HMG) CoA reductase inhibitors (statins) are the most effective medications for managing elevated concentrations of low-density lipoprotein cholesterol (LDL-C).  Although statins are generally well-tolerated, they are not without side effects, and mild central nervous system (CNS) complaints such as memory loss and attention decrements are the second most commonly reported adverse effect of these drugs.

Studies assessing cognitive effects of statins vary widely and have produced inconclusive findings. Despite the equivocal data on adverse cognitive side effects with statin therapy, in 2012 the FDA announced a safety label change for statins, based on published case reports of memory loss and confusion and data from the Adverse Events Reporting System. One possibility for these equivocal findings is that studies involving the effects of statins on cognition typically have assessed cognitive function using traditional cognitive tests, which may yield small effect sizes and demonstrate high intra-participant variability. This may explain the discrepancy between clinical trials and patient self-reports, and could be addressed by utilizing CNS tests that directly assess brain parameters.

To the best of our knowledge and literature review, this study is the first to investigate the effects of statins on the central nervous system by utilizing fMRI to assess brain neural activation in healthy adults treated with 80 mg atorvastatin or placebo.

We detected few changes attributable to statin therapy with standardized neuropsychological tests, a finding similar to that from previous clinical trials. However, participants on atorvastatin demonstrated altered patterns of neural activation on vs. off statin compared to participants treated with placebo. Unexpectedly, the treatment groups differed at both timepoints. The clinical implications of these findings are unclear and warrant additional clinical trials.

Response: Published studies and reports of statin-associated cognitive complaints indicate that the potential adverse effects of statins on cognition are rare.   Meta-analyses also find little effect of statins on cognition in healthy adults, although two randomized clinical trials found slightly diminished cognitive test scores, (exhibited largely as a lack of a learning effect, in adults not complaining of cognitive changes during low-dose simvastatin and lovastatin administration).

In sum, these findings do not provide convincing evidence of memory dysfunction due to statin medications, and support the large body of literature suggesting that in most healthy adults, statins do not evoke measurable adverse cognitive side effects. However, it is possible that these altered patterns of neural activation could underlie the occasional reports of memory loss and confusion reported in surveillance data and as case reports and observational studies.

Dr. Taylor served on the Pharmacovigilance Monitoring Board for Amgen, Inc. and received grant support from Regeneron, Inc.  All other authors report no disclosures. All authors approved the final manuscript.