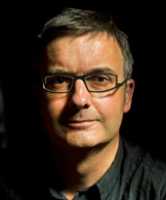 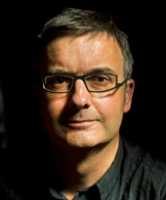 Response: The study is part of a series of articles organized in collaboration between the BMJ and the Pan American Health Organization, with particular involvement of members of PAHO’s Advisory Committee on Health Research.

The goal of the series is to highlight some of the key accomplishments in the PAHO region in the last decades following PAHO’s 2009 regional policy on research for health, the first WHO regional policy that aimed at contributing to WHOs Stragegy on Research for Health.

One of the issues that have been identified in the last decades as an important challenge, particularly for research related to pharmaceutical product and medical device development, is the lack of transparency of clinical trials data. This has been associated with problems of hiding and misrepresentation of research results, duplication of research, and misleading or even outright fraudulent presentations of findings in medical publications.

Various remedies have been proposed to address these problems, from trial registration, to results reporting, to broader data sharing that enables independent researchers to verify and challenge research results. I have been involved through PAHO and in my own research in the promotion of transparency measures at the national and international level. PAHO has been playing a leading role in this in the region, so it seemed more than fitting to have an article in the series on what has been accomplished and what challenges remain.

Response: Our overall finding is that although data transparency is now widely accepted as a key component of reliable research for health, and although there is much progress in the region with respect to some transparency initiatives, fundamental problems remain, particularly with more systemic data sharing.

We identify a couple of overlapping problems.

The first is that some regulatory regimes fail to impose even the most basic requirement, or you can call it first basic step towards meaningful data transparency: registration of clinical trials in a publicly accessible registry.

The second is that although there is clear progress with respect to the registration of clinical trials, the more fundamental measures, in particular providing access to all clinical data held by the drug regulator, are not well implemented.

The third broader systemic governance related finding is that this appears associated with the fact that there are overlapping regulatory regimes, which are often in tension. You have drug regulations, research ethics guidelines, and intellectual property regimes that interact in this context. Research ethics guidelines reflect the need for transparency, but the provisions related to data transparency remain rather vague and limited; drug regulations also increasingly facilitate data access, but then tend to recognize that clinical trials data constitute commercial confidential information. This tends to be invoked by industry to block data access or to threaten regulatory agencies through litigation when they do want to provide access.

We further point out that since transparency can be seen as an ethical obligation, research ethics committees could play a role in this context, but they are in several countries in the region not well regulated and not publicly accountable.

In our analysis, we discuss our findings exploring briefly three jurisdictions in more detail: Brazil, Argentina, and Canada, with some references to the US system.

Response: That more has to be done in the PAHO region to promote data access in order to have publicly accountable research. We mention in our article that the European Medical Agency has taken an exemplary lead with its policy of prospective publication of clinical data submitted to the agency and recommend that the countries in the PAHO region implement similar policies.

It is also good to mention here some very recent developments that occurred while our article was already in the production process: a recent decision of the European Court has explicitly confirmed the legitimacy of EMA’s policy, which starts from the premise that clinical trials data are not commercial confidential information and that it is up to pharmaceutical companies to show why specific data within a file should not be disclosed. This is the first time that a Court has explicitly endorsed this approach.

And even more recently, i.e. last week, a Canadian federal court has ruled in Doshi v AG Canada , that Canada’s drug regulator, Health Canada, could not impose a blanket confidentiality obligation to researchers who request access to clinical data held by the regulator. So the court clearly confirmed in this case the public health relevance of these data and sent a very firm message to drug regulators: data transparency serves the public interest and should not be hampered by bureaucratic measures that obstruct independent analysis and public scrutiny. The judge in this case noted that it is contradictory for drug regulators to recognize the importance of data access while imposing confidentiality requirements for data access.

Response: My recommendation is that more clinical researchers should jump on the occasion to explore the trove of data that are becoming publicly available. The EMA has published millions of pages of previously hidden research data. A very valuable initiative, RIAT (Restoring Invisible and Abandoned Trials), supported by leading medical journals such as the BMJ, aims at publishing studies that reeavaluate existing publications and, in case the original publication appears flawed, result in a ‘correction’ of the literature. As a result of the Canadian decision, we may now also have a huge amount of data held by Health Canada that will become publicly available upon request. We need researchers who are committed to promote reliable public-interest oriented research to invest time and efforts in these valuable initiatives.

Legal and policy researchers should also conduct further research into how to make sure that governance regimes at the national and international level are better coordinated, and that measures in one area (e.g. the promotion of reliable research and research ethics standards) are not hindered by other regulatory regimes, such as intellectual property regimes that aim at promoting innovation.

Disclosures: I have actively supported various initiatives that aimed at promoting data access, in Europe and Canada, and in the PAHO region more generally; including with colleague Matthew Herder from Dalhousie University and the law firm Caza Saikaley from Ottawa, which took on the case pro bono, the litigation that resulted in Doshi v. AG Canada.