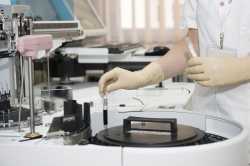 An estimated 37% of all American adults will face arthritis at some point in their lives. Arthritis – abnormal inflammation in the joints causing pain, swelling, and infection – can seriously hamper one’s quality of life and limited mobility. Although there currently is no cure for arthritis, a variety of treatments are being used to tackle symptoms with varying degrees of success – including NSAIDs, steroids, biological agents, and disease-modifying antirheumatic drugs. One approach that has shown some success in studies, is peptide therapy.

What are Peptides and Which are Used in Arthritis Treatment?

Peptides are small proteins comprising amino acids that stimulate HGH production – which has a healing and rejuvenating effect on bones, joints, and tissues. Peptides for arthritis treatment are growth hormone stimulators which nevertheless do not produce one important side-effect that traditional HGH therapy can: joint inflammation. Peptides work alongside the body to correct HGH deficiencies, without subjecting patients to the risk of excess growth hormone production. Their effects are long-lasting supporting HGH production even after treatment has ended. Some of the most common peptides used in arthritis treatment are Sermorelin, GHRP-2, GHRP-6, and CJC-1295. According to Dr Nina Bausek – who specialises in scientific advice, writing, and clinical trials, one of the most promising peptides in current use, is BPC-157. Like all the other peptides above, its uses go beyond arthritis treatment, ranging from bodybuilding to gut and wound healing.

The Powerhouse that is BPC-157

In a study published in the Journal of Physiology-Paris, researchers found that in lab studies, the peptide BPC-157 not only reduced gastrointestinal lesions, but also arthritis, with benefits arising after two weeks of medication and also one year after application. The peptide has healing effects on the joint and bone damage, and can be used to help repair damaged teeth, bones, muscles, and tendons. It achieves these benefits by promoting improved cell survival and cell migration. It can also offset the damaging effects to the gut caused by NSAIDs – which is key, considering the fact that many people with arthritis abuse NSAIDs to help deal with pain.

Another recent study undertaken at the University of Southern California – Health Sciences found that a peptide only found in Old World monkeys has a powerful ability to stop rheumatoid arthritis. Called RTD-1, it is the prototype of a family of small peptides known as “the only circular peptides in the animal kingdom.” In lab studies, researchers found that RTD-1 achieves a higher rate of complete disease resolution than two ‘gold standard’ treatments (methotrexate and etanercept). The mice treated with RTD-1 had significantly reduced disease progression and lower arthritis severity scores.

Peptides as Part of an Anti-Arthritis Diet

In addition to receiving peptide treatment, patients may inquire about the relevance of a peptide diet to treat rheumatoid arthritis. One study published in the Scandinavian Journal of Rheumatology found that patients who consumed a liquid elemental peptide diet for four weeks, saw a significant improvement in pain and a significant reduction in Body Mass Index. Researchers noted that a peptide diet may be idea for patients whose symptoms are aggravated by foods.

Peptides are currently one of a select list of treatments used to tackle arthritis. Peptides can help quell inflammation, while improving gut and bone health as well. At the same time, they can encourage adequate HGH production, without subjecting patients to the risks of over-production of this hormone. Some value has also been found for peptide diets, thought the latter may also help a specific group of patients.