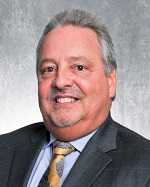 Response: The product Prebiotin™ Prebiotic Fiber was brought to market in 2007 by Dr. Frank Jackson, a gastroenterologist out of Harrisburg, PA. He found through 40 years of experience with his patients that a variety of digestive issues benefitted from daily supplementation with a soluble prebiotic fiber, specifically, oligofructose-enriched inulin (OEI) derived from chicory root.

In the late summer of 2012, Prebiotin caught the attention of Dr. Dominic Raj at the Internal Medicine Department of George Washington University. Dr. Raj’s laboratory showed that patients with kidney disease may have a higher level of release of endotoxins like p-Cresol sulfate and indole from the bacteria in the gut, which can move into the bloodstream and promote inflammation.

This early work was the basis of a successful grant application. Researchers were interested in investigating the therapeutic potential of altering the composition and/or function of the gut microbiome in this patient population, based on the understanding that by building up the levels of healthy bacteria in the gut, undesirable bacteria is eventually crowded out, thereby reducing the release of harmful endotoxins into the system.

The ESRD pilot study has been completed, and final results will be released by the end of 2017 or early 2018.

There were three study phases: 8 weeks before treatment with Prebiotin, 12 weeks of treatment with two daily 8-gram doses of Prebiotin Prebiotic Fiber, for a total of 16 grams per day sprinkled into beverages or on food; and, similar to the first phase, 8 final weeks without Prebiotin. The pilot study determined that patients had no problems tolerating the p-Inulin (Prebiotin). Blood and stool samples were taken in each phase of the study. Researchers noted differences in concentrations of selected stool and plasma metabolites between the pre-treatment phase and treatment with Prebiotin. These changes are an important result. If healthy bacteria can be nurtured with daily doses of Prebiotin prebiotic fiber, resulting in reduced inflammation, patients with chronic kidney disease (CKD) or end stage renal disease (ESRD) can potentially derive great benefit.

Response: Because of the positive results of the pilot study, currently the study steering committee is discussing developing a larger study with up to 200 kidney patients to determine the impact of prebiotic fiber in reducing inflammation over a five-year period. Prebiotin™ Prebiotic Fiber will continue to be the p-inulin used in the study.

According to the HDNT Consortium web page (on the Perelman School of Medicine website), theses studies are to “fill some of the gaps in anticipation of ultimately investigating the therapeutic potential of altering the composition and/or function of the gut microbiome in this patient population.”

Response: It is extraordinary that an NIH research project is investigating the impact of a supplement, rather than a pharmaceutical product, to reduce inflammation that can hasten the development of ESRD.

The therapeutic potential of a prebiotic fiber like Prebiotin is especially significant since unlike most pharmaceuticals, Prebiotin™ Prebiotic Fiber is well tolerated and can be used by individuals of any age, including infants.

Response: Also noteworthy is that this pilot study supports a growing body of work that explores the potential benefits of intervening to restore symbiosis in the gut microbiome in the treatment of numerous diseases and health conditions. The current focus on the microbiome has become a national priority. In 2012, the National Academy of Sciences’ Institute of Medicine convened a public workshop to explore current and emerging knowledge of the human microbiome and its role in human health. In 2016, the White House announced the National Microbiome Initiative to advance microbiome science in ways that will benefit individuals, communities, and the planet, with more than half a billion dollars pledged to research. Studies that use Prebiotin™ Prebiotic Fiber therapeutically make important contributions to this growing body of work.

I’d like to add that according to our medical director, Wilson Jackson MD, these types of studies support a broadening appreciation that by changing the microbiome, Prebiotin may play an important role in a broad range of chronic inflammatory diseases.

Disclosures: The only disclosure regarding the study “Gut Microbiome and p-Inulin in Hemodialysis (TarGut-ESRD)” is that Prebiotin provides the product for the research study at no cost to the researchers. The company in no way influences use, outcomes, or resulting journal articles.