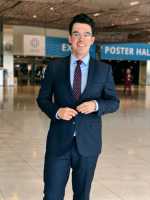 Our study aimed to evaluate how the prices of existing TNF inhibitors (Enbrel®, Remicade® and Humira®) changed in response to the market entry of new TNF inhibitors.

Response: Following the entry of new TNF inhibitors into the market, inflation of existing agents—instead of decrease or at least stabilize—increased at a significantly faster rate than they did before. This is not a negligible increase; in fact, we found that, if the inflation rate had not changed after new agents stepped into the market, prices of Humira®, Embrel® and Remicade® in 2017 would have been 40-45% lower than they actually were. Most of the burden of these price increases was borne by Medicare Part D—73% of which is funded through general revenue, in other words, taxpayers’ money.

Response: Further studies across different therapeutic classes that include both specialty and non-specialty pharmacy medications as well as generic and brand name drugs are needed to better our understanding of the drivers of prices increases in the US pharmaceutical market and evaluate their effect on patients’ outcomes and utilization. This sort of studies will inform policymakers about how to create a regulatory environment able to bridle the current unsustainable pharmaceutical inflation and improve the efficiency of health care in the US.