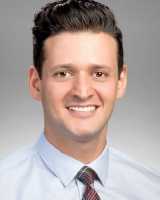 Response: Cannabis is the most frequently consumed recreational drug in the world. The use of cannabis is becoming increasingly accepted by the general public in the United States. The estimates of the prevalence of cannabis use in the United States is about 9.5% in the adult population and the prevalence of dependence or abuse approaches 2.9%. Those under the age of 35 years are the most frequent consumers. According to Business Insider as of June 2018, recreational cannabis is legal in 9 states and medical cannabis is legal in 30 states. Recent surveys show that about 35 million Americans are frequent cannabis users.

Aiming for symptomatic relief, some patients with different gastrointestinal disorders have turned to cannabis without fully understanding the effect of its use for their individual condition.
Biliary tract disease, ethanol abuse, infections, autoimmunity, and genetics are well known causes of acute pancreatitis. However, medication-induced pancreatitis remains a less common etiology. In about 20% of cases of acute pancreatitis despite of the great improvement in genetic testing and imaging modalities, the workup still fails to reveal an etiology. These cases are labeled idiopathic.

Response: Our case report at the ACG 2018 along with growing body of evidence in literature suggests that people who use cannabis recreationally or for medical use are at risk for developing acute pancreatitis especially if they are younger than 35. Acute pancreatitis patients of undiagnosed etiology are exposed to the risk of recurrent episodes, chronic pancreatitis, and the complications that may follow. With the rising prevalence of cannabis use and its role as an overlooked cause of acute pancreatitis, health care providers should include cannabis in the differential diagnosis of acute pancreatitis cases with unknown etiology, particularly in patients under age 35 years.

In animal models, Dembiński et al suggested that cannabinoids may have a pro-inflammatory effects on the pancreas in rats. The mechanism by which cannabis may induce AP is not clear and no data is available in humans.

Response: Given the increased availability of cannabis for recreational use and in managing chronic pain, patients should be aware that more studies need to be conducted to determine the safety profile. Although legal, we should remain cautious in using cannabis. Wise judgment and balanced intake are paramount in consuming any chemical substance.

Response: Legalization of medical and recreational cannabis should not be interpreted as absence of possible side effects directly related to its use. Alcohol is legal yet habitual use and/or abuse is a proven etiology of a myriad of diseases.

Cannabis as an Overlooked Cause of Acute Pancreatitis: A Case Report and Literature Review