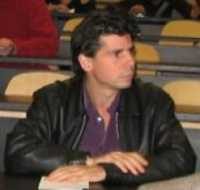 Response: Drug-related cues are potent triggers for eliciting conscious and unconscious desire for the drug. In people with severe substance use disorders, these cues also activate dopamine release in the dorsal striatum, a brain region thought to be involved in hard-to-break habits and compulsions.

Response: Recreational cocaine users might be closer to developing a drug use problem than previously realized.

Response: Early intervention strategies have shown efficacy for delaying and reducing the use of other drugs, such as alcohol and cannabis. The present study underscores the potential importance of applying these same strategies to stimulant drug use.

Response: The study was conducted by Marco Leyton, Sylvia Cox, and their colleagues at McGill University and the Montreal Neurological Institute.