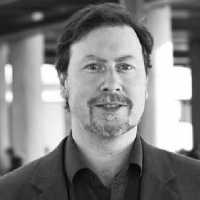 Response: We have two important lines of research running parallel: 1) research into casual sex research. Over several papers inspired by previous evolutionary studies on casual sex we map the proximate mechanisms involved in regret. However, the adaptive function of regret: more adaptive future choices, was not addressed. This is something that most people and most regret researchers just take for granted. Bendixen et al 2017, Kennair et al 2016, 2018. 2) Research into how worry and rumination is not adaptive and how changing metacognitions about these mental processes are helpful here and now, and how discontinuing these processes is an efficient treatment of GAD and MDD. Kennair et al 2017. Solem et al 2019.

We found that it was important to question whether regret indeed was adaptive and affected more adaptive future short-term sexual choices. However, this demands a longitudinal design and such data are not easy to collect.

Response: Men regret passing up short-term sexual opportunities more than women do. However, those who regreted passing up such an opportunity in the past do not have more casual sex in the future.

Women regret having had short-term sex more than men do. However, the three adaptive changes we considered a priori were not clearly present in the data: Those who regreted short-term sex most did not have less short-term sex, did not enter a long-term relationship (actually there was reduced likelihood of this for that group), or chose better partners.

Response: Maybe regret is not a helpful emotion. Maybe changing behavior in the future demands a more active effort to change behavior, rather than the negative mood induced by past regret. Maybe regret makes us display socially desirable emotions about our choices. Maybe regret just is painful and distressing, without providing any benefit.

Response: No single scientific study provides a final answer to any complex issue. This is a beginning. Maybe the next longitudinal study needs to consider a longer time-period. Maybe neuroticism is the most relevant factor. Maybe future research may specify better those adaptive future changes to casual sex behavior that actually occur.

Response: The proximate mechanisms and sex differences found in previous research proved to be robust. Despite being evolutionary psychologists, we are not panadaptationists: Not all human behavior is adaptive.