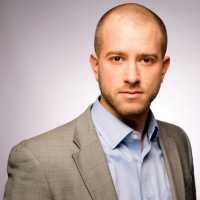 Response: Two decades ago, opponents of gun violence prevention recognized that they could curb the development and enactment of effective laws if they halted scientific research on which good policy would be grounded or justified. So they adopted a strategy of intimidation towards the leading federal agencies funding research on this topic and generating data on which analysis relied. Journalists that observed the pattern and scientists that lived through it often described the “chilling effect” this had on the field of gun violence prevention research.

Response: This study provides a measure of the actual volume of publications over the last fifty years and observes trends very consistent with what had before only been understood anecdotally. Gun violence research emerged in the 1980s and grew rapidly until the mid-1990s, when Congress waged a high-profile campaign against the CDC over their firearm injury prevention research. In the fifteen years that followed, the share of scientific research devoted to gun violence plunged by 64% — and only in 2013-14 did it begin to rebound.

Even then, the number of researchers actively publishing in the field remain very small, just a dozen in any given year.

Response: While committed scientists have built a considerable body of evidence about effective gun violence prevention measures — over 2,000 relevant articles were identified in this research — good policymaking to address the country’s gun violence crisis remains constrained by what we know and what we are ignorant of.

This analysis suggests we would be better equipped if the field of gun violence research had continued growing between 1998 and 2012 rather than stagnating. Federal support for research, whether from the CDC or other agencies like the National Institute of Justice, is a critical component, and ought to be expanded. And Americans of all political stripes should agree that we can better address gun violence if we learn how to do it better.

It’s promising that the volume of publications rebounded considerably in 2013-14, but we don’t yet observe an appreciable increase in the number of dedicated researchers working in this field. That speaks to the importance of findings ways to attract and mentor new scientists committed to improving our understanding of this problem.

Response: This research demonstrates a new method for evaluating the volume of scientific attention devoted to gun violence and trends over time, but there’s much more to be done to understand what contributes to those changes. What are the sources of funding for identified studies and what share of the changes in publication volume can be attributed to them? There is also more to be done examining the subject matter and quality of the research, to gauge where researchers have focused and what has proven most meaningful for public safety.