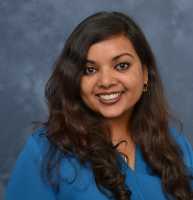 Response: Baylisascaris procyonis is a roundworm commonly found in raccoons. It can be found anywhere in the United States where raccoons live. People, especially children, can be infected by this roundworm when they accidentally ingest contaminated raccoon feces. Infection with Baylisascaris procyonis can have severe outcomes in people such as blindness and even death if not treated promptly.

Despite expansion of the geographic distribution of Baylisascaris procyonis in the last 14 years and probable increasing human exposure, baylisascariasis is likely an underreported disease: only 22 documented cases were reported in the United States during 1973–2010.

During May 2013–December 2015, seven additional cases of baylisascariasis were identified among patients in the United States through testing at CDC, including six cases of central nervous system disease and one of ocular disease. Laboratory and clinical information for each patient was gathered and reviewed in a case series to contribute to knowledge about Baylisascaris procyonis infection. All seven patients survived, although approximately half had residual neurologic sequelae. 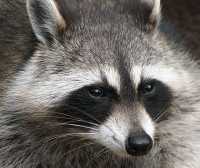 MedicalResearch.com: What are the risk factors for Baylisascaris procyonis infection?

Response: Humans become infected with Baylisascaris procyonis by ingesting embryonated (fertile) eggs. Anyone who is exposed to environments where raccoons live is potentially at risk. Young children or developmentally disabled persons are at highest risk for infection as they may be more likely to put contaminated fingers, soil, or objects into their mouths.

MedicalResearch.com: What are the main finding of illness with Baylisascaris procyonis?

Response: The incubation period (time from exposure to symptoms) is usually 1 to 4 weeks. If present, signs and symptoms can include:
•Nausea
•Tiredness
•Liver enlargement
•Loss of coordination
•Lack of attention to people and surroundings
•Loss of muscle control
•Blindness
•Coma

MedicalResearch.com: What should clinicians know about this disease?

Response: Because of the severity of most recognized illnesses associated with this disease, prevention and treatment ofBaylisascaris procyonis infection are critical. Transmission can be prevented by avoiding contact with raccoons and their feces; handwashing after contact with soil or outdoor play, and educating children not to put soil in their mouths.

Treatment after a possible exposure to Baylisascaris procyonis, such as ingestion of raccoon feces, oral exposure to objects contaminated with raccoon feces or playing or working near raccoon latrines, is crucial to prevent the devastating sequelae of Baylisascaris procyonis infection. Physicians caring for patients with suspected or confirmed ingestion of raccoon feces should consider preemptive treatment to inhibit larval migration before development of clinical manifestations. Treatment should begin as soon as infection is considered, even if consideration is based on clinical suspicion or epidemiologic history alone.

MedicalResearch.com: Is there any effective treatment?

Response: Patients with suspected exposure to Baylisascaris procyonis should immediately be started on a course of 20–50 mg/kg oral albendazole per day for 10–20 days.

Response: Do not keep, feed, or adopt wild animals, including raccoons, as pets. Washing your hands after working or playing outdoors is good practice for preventing a number of diseases. In addition to raccoons, other species of animals, such as kinkajous and skunks that might be kept as pets can serve as Baylisascaris hosts and shed eggs in their feces. Wild animals should not be kept as pets, and susceptible exotic animal hosts should be tested and treated by a veterinarian if indicated. Although uncommon, infected dogs can also shed Baylisascaris procyonis eggs, therefore regular testing and deworming of dogs by a veterinarian is important. Avoiding and safely clearing raccoon latrines can minimize the risk for accidental infection as well.