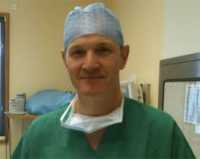 Response: Haemorrhoids are common. One in 4 of us will at some time have symptoms that can be directly attributed to piles. Whilst most symptoms will settle spontaneously or with improvement to our lifestyle, there remains a large group of patients who require intervention to reduce symptomatology. Numerous interventions exist ranging from relatively minor office therapy to procedures that may take several weeks to recover from. Haemorrhoidal artery ligation (HAL) is one of the more recent surgical operations for haemorrhoidal therapy. It has been introduced certainly into the UK associated with a significant element of media hype purporting ‘painless surgery for piles’. Substantial subsequent medical literature has also suggested an efficacy rivaling other more invasive procedures. Too good to be true? Perhaps. Several systematic reviews have highlighted the lack of good quality data as evidence for the advantages of the technique. A well designed randomized controlled trial was required.

The existing literature on  haemorrhoidal artery ligation at the time of the trial suggested the procedure was most effective for less symptomatic haemorrhoids (those that are associated with bleeding and/or minor prolapse; grade II or mild III piles). These type of haemorrhoids also tend to be the most common requiring intervention. The most frequently used alternative procedure for these grade of haemorrhoids in the UK is rubber band ligation (RBL), a simple office therapy not requiring anaesthetic. Hence participants with this grade of haemorrhoids were chosen as the participants with RBL as the comparator. Multiple outcomes were investigated but a patient reported outcome measure of recurrence was chosen as the primary outcome.

Response: After 19 months of recruitment from 18 UK centres we gathered data on 372 participants. One year post-procedure 30% of haemorrhoidal artery ligation group had evidence of recurrence and 49% after RBL (p=0.001). The main reason for the difference was the number of extra procedures required to achieve improvement/cure. If repeat RBL is not counted as recurrence there was no statistical difference between groups (adjusted odds ratio=1.53, 95% CI 0.96 to 2.44, p=0.071). Persistence of significant symptoms at 6 weeks was lower (9% HAL vs 29% RBL) suggesting significant attrition in both groups over the year. Haemorrhoid severity score, EQ-5D-5L and Vaizey improved in both groups compared with baseline but there was no difference between interventions. Pain was less severe and of shorter duration in the RBL group; most of the HAL group who had pain had mild to moderate pain that resolved by three weeks. Complications were low and the frequency not significantly different in each group. HAL appeared not cost-effective compared with RBL. In the base-case results, the difference in mean total costs was about $1,500 higher for HAL. QALYs were higher for HAL; however, the difference was very small (0.012) resulting in an ICER of about $130,000 per additional QALY.

Response: The recurrence rate for both procedures is high and much higher that most previous trials.  Rubber band ligation treatment could be considered as a ‘course’ of treatment with a common practice of patients routinely returning to clinic for review a few weeks later and some undergoing repeat banding. If those that respond to this second course of RBL are not considered as failures then essentially all outcomes after RBL are either equivalent to HAL or (in the case of pain and cost) superior. The increased costs of HAL are significant and an ICER of $130,000 draws into question whether this procedure should be considered by health commissioners or insurance companies as cost effective for these patients.

Response: The trial has only analysed short term outcomes (at 1 year post intervention). It is likely that there will be further recurrences with time which may change the results and particularly the costings. A longer term follow up of patients from our trial is required.

The trial participants were patients with grade II and mild grade III piles. Current thinking is that optimal treatment of piles needs to be tailored to individual patients according to their degree of haemorrhoidal disease. There is reasonable quality evidence available for other haemorrhoidal procedures and certainly some very high quality data due to be published in the near future on excisional haemorrhoidectomy and stapled haemorrhoidopexy (the Ethos trial). A network meta-analysis is planned to work out how to tailor therapy.

Response: Patients with haemorrhoids describe multiple symptoms including bleeding, prolapse, itching, leakage and discomfort. The poly-symptomatic nature of haemorrhoidal disease makes any trials on efficacy for haemorrhoidal disease difficult. An intervention may cure bleeding but do nothing for prolapse. Is this a failure? Is it a failure of the patient is not bothered by the prolapse? Patient reported outcome of success in a format that is valid and universally utilised is essential. Any existing trial that does not take this into account should be questioned and this is probably the reason for our high levels of recurrence compared with most existing literature.