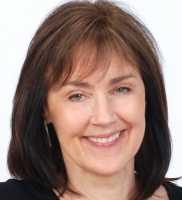 MedicalResearch.com: What is the background for this study? What are the main findings?
Response: The ACA’s Hospital Readmissions Reduction Program (HRRP) imposes Medicare reimbursement penalties on hospitals with readmission rates for certain conditions if they exceed national averages. A number of observers have expressed serious concern over the program’s impact on safety-net hospitals, which serve a high proportion of low income patients who are more likely to be readmitted – often for reasons outside hospital control. Many have argued that the HRRP should adjust for socio-economic status. However, Medicare does not want to lower the standard of quality for these hospitals.

Response: Both the Medicare Payment Advisory Commission (MedPAC) and the Helping Hospitals Improve Patient Care Act of 2016 (H.R.5273), passed in the House, have recommended modification of the HRRP such that safety-net hospitals be evaluated against their peers. The results of our study support these recommendations as a way regulating safety-net hospitals in a manner that would level the playing field and hence relieve financial pressure, while maintaining incentives for performance improvement.