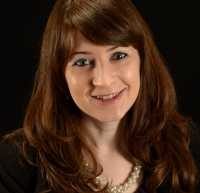 Response: Our findings suggest that US households are getting less sodium from the grocery store than they did 15 years ago, yet sodium levels in packaged foods are still too high – almost all households (over 98%) have total food and beverage purchases with excessive sodium density.

Response: We are currently conducting further studies to examine these sodium trends by race/ethnicity and income, to see whether declines in sodium are reaching vulnerable populations at higher risk for obesity and cardiovascular disease, particularly non-Hispanic black households and low-income households. Importantly, further studies are needed to determine whether these reductions in sodium purchased translate to reduction in sodium intake – and to do this, we need to use up-to-date data on the amount of sodium in packaged foods when we estimate how much sodium Americans are consuming. Further research is also needed to determine whether decreases in sodium in packaged foods are offset by increases in sodium from fast food and restaurants.

Disclosures: This research was funded by the Robert Wood Johnson Foundation and the National Institutes of Health (NIH).