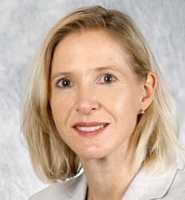 Professor Caudill is a registered dietitian and professor in the Division of Nutritional Sciences at Cornell University. She is internationally recognized for her research on folate and choline, and has published more than 150 papers, reviews, or chapters in these areas. Her current research focuses primarily on the level of choline intake required to meet metabolic requirements and improve health outcomes during pregnancy. Professor Caudill is a co-editor of the graduate level textbook “Biochemical, Physiological, & Molecular Aspects of Human Nutrition,” and is frequently invited to speak on topics related to prenatal nutrition, one-carbon metabolism and nutritional genomics.

Response: The U.S. Departments of Agriculture (USDA) and Health and Human Services (HHS) (collectively ‘Departments’) work together to update and release the Dietary Guidelines for Americans every five years. The Departments use an external Federal Advisory Committee (Dietary Guidelines Advisory Committee, DGAC or Committee) to review the current body of nutrition science. The 2020-2025 DGAC includes 20 nationally recognized scientific experts in nutrition and medicine.

On July 15, the Committee’s report—Scientific Report of the 2020 Dietary Guidelines Advisory Committee—was released to the general public for review and feedback (via a 30-day open comments period). Contents of the report include the DGAC’s scientific conclusions and advice to the Departments when developing the next Dietary Guidelines for Americans, as well as recommendations for future scientific directions.

Through scientific review, the DGAC concluded several food components, including choline, are under-consumed by all Americans ages 1 year and older, and therefore pose a special public health challenge.

What is choline and why is it important, especially during pregnancy?

Choline is an essential nutrient for a variety of physiological functions across all ages and stages of life. It is needed by every single cell in the body and supports many functions, including:

Choline is especially important during pregnancy and lactation, and health experts recommend pregnant and lactating women consume 450 mg per day and 550 mg per day, respectively. It offers five key benefits for fetal and infant development:

MedicalResearch.com: What are the main recommendations?

Response: In recent years, authoritative bodies’ recognition of choline’s importance for women of childbearing age has grown, as has the recommendation to consume choline during these life stages. The American Medical Association (AMA) vocally supports higher amounts of choline in prenatal vitamins, and the American Academy of Pediatrics (AAP) highlights choline as a key nutrient for neurodevelopment within the first 1,000 days.

The DGAC findings concur with the AMA and AAP recommendations to increase choline intake among vulnerable populations, such as pregnant and lactating women and infants and children. While more research is needed for choline to reach the level of a ‘nutrient of public health concern,’ the Committee recognized current choline intake levels are too low for most Americans. Data suggest less than 10 percent of the general American population meets adequate intake recommendations.

How can readers get more choline into their diet?

Given these findings, all Americans, especially vulnerable populations such as pregnant and lactating women, can benefit from a more aggressive approach to choline consumption. Choline-containing foods can be added to healthy diets, and choline supplements can be used to fill consumption gaps. Pregnant and lactating women should couple their prenatal vitamin with a choline supplement.

What recommendations do you have for future research as a result of this work?

Response: Choline’s increased recognition in the DGAC report is an important scientific milestone for the public health community. We are quickly approaching an inflection point in time for choline awareness – and it is critical we build on this momentum to help close the consumption gap.

As outlined in the DGAC report, future Committees will benefit from several recommendations.

Response: The Committee’s scientific report shines a light on the growing body of evidence that shows choline plays a critical role in health during specific life stages and is under consumed among all Americans at every life stage. The Committee’s conclusions and perspectives shared in their report set the stage for inclusion of choline in future DGAs. In the meantime, work should be done to address the recommendations and research priorities outlined in the DGAC report. Education and product innovation should continue to evolve to ensure that all Americans can meet choline needs, as part of healthy diets, throughout the lifespan.

The information on MedicalResearch.com is provided for educational purposes only, and is in no way intended to diagnose, cure, endorse or treat any medical or other condition. Always seek the advice of your physician or other qualified health and ask your doctor any questions you may have regarding a medical condition. In addition to all other limitations and disclaimers in this agreement, service provider and its third party providers disclaim any liability or loss in connection with the content provided on this website.