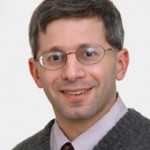 Response: A central question in the debate about public policies to reduce firearm violence is whether easier access to concealed handguns increases or decreases the rate of firearm-related homicides. Previous studies on the impact of concealed carry permitting laws have yielded inconsistent results. Most of these studies were conducted more than a decade ago. This study provided a reexamination of this research question with more recent data, up to and including the year 2015.

While all states allow certain persons to carry concealed handguns, there are 3 major variations in permitting policy. In 9 states, law enforcement officials have wide discretion over whether to issue concealed carry permits; these are referred to as “may issue” states because police chiefs can deny a permit if they deem the applicant to be at risk of committing violence, even if there is not a criminal history. In 29 states, there is little or no discretion; these are referred to as “shall-issue” states because permits must be issued if requisite criteria are met. In an additional 12 states, no permit is necessary to carry a concealed handgun.

Response: Our findings suggest that easier access to concealed weapons is associated with an increased risk of fatal shootings involving handguns.

This may be related to an increase in the prevalence of people carrying guns and/or to the carrying of handguns by people who are at higher risk of violence. Some have argued that the more armed citizens there are, the lower the firearm homicide rate will be because the feared or actual presence of armed citizens may deter violent crime.

Our study findings suggest that this is not the case and that in fact, easier access to concealed handguns increases public safety risks.

Disclosures: This research was funded by the Robert Wood Johnson Foundation Evidence for Action Program.