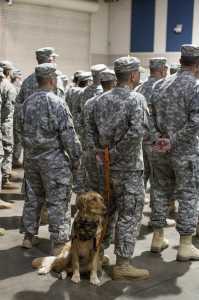 , PhD
Professor of Psychiatry
Director, Center for the Treatment and Study of Anxiety
University of Pennsylvania
Philadelphia, Pa 19104

Response: As much as 10 to 20 percent of military members deployed to Iraq and Afghanistan following the September 11th attacks suffer from PTSD, which is often chronic and incapacitating. A constant increase in the number of individuals suffering from PTSD as a result of massive natural disasters, terror attacks, and the wars in Iraq and Afghanistan, has prompted an urgent need for effective and efficient evidence-based treatments for PTSD.

Prolong exposure (PE) is a form of cognitive-behavioral therapy that involves exposure to trauma memories and daily life trauma reminders. Previous studies have proven PE is quite effective for treating civilians and veterans with PTSD. In this five-year study, the researchers sought to determine whether PE could have similar success with active-duty military personnel. The researchers examined the benefit of various methods for delivering PE including Massed-PE, (10 therapy sessions administered over two weeks) and Spaced-PE (10 sessions administered over 8 weeks), as well as Present Centered Therapy (PCT), a non-trauma-focused therapy that involves identifying and discussing daily stressors in 10 sessions over eight weeks, and Minimal Contact Control (MCC), which included supportive phone calls from therapists once weekly for four weeks.

Patients who received Massed-PE therapy, delivered over two weeks, saw a greater reduction in PTSD symptoms than those who received MCC. Importantly, Massed-PE therapy was found to be equally effective to Spaced-PE in reducing PTSD symptom severity. The researchers also found that PCT might be an effective treatment option for PTSD in active military personnel although it was less effective than PE in veteran and civilian PTSD sufferers.

Response: This study not only addresses the pressing need for an effective treatment option for PTSD but also encourages a more speedy treatment and recovery, allowing affected service members to return to active duty sooner and enabling veterans to reintegrate into civilian life more quickly,” said Foa, a professor of Clinical Psychology in Psychiatry in the Perelman School of Medicine at the University of Pennsylvania and principle investigator on the study, who developed PE. “Our findings are good news—about half of those treated achieved remission and many others demonstrated substantial relief from their symptoms. This is critical for the hundreds of thousands of post-9/11 combat veterans affected by PTSD and can do so much to improve lives and assist with military readiness.”

“While this seminal study validates that combat-related PTSD can be effectively treated in active duty military personnelwe need to do more,” said Peterson, a retired lieutenant colonel and clinical psychologist with the U.S. Air Force. “Even with our most effective PTSD treatments, we’re seeing greater challenges to successful recovery from combat-related PTSD.”

Response: The researchers plan to expand their work with the Department of Defense by conducting additional studies that will increase the effectiveness of the treatment, determine the best methods for training military mental health providers to deliver PE therapy, and by further tailoring PE treatments to better meet the unique obstacles to successful treatment for combat PTSD.