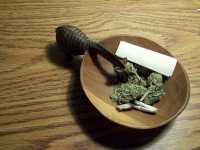 28 Oct Should You Get a Ticket For Driving Stoned? 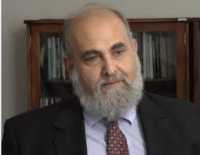 Response: As state after state legalizes the sale of cannabis, the question of cannabis-impaired driving is getting more attention. There is evidence that the practice has become more common, both because cannabis use – and especially heavy, frequent use – has increased and because a distressingly large fraction of cannabis users believe, falsely, that stoned driving is safe.

The natural response to the problem is to treat cannabis on a par with alcohol: fairly severe criminal penalties for impaired driving, with impairment defined by a specific level of the drug in the body. The paper argues that this would be a mistake, for four independent reasons:

– While cannabis makes driving riskier, it does so by about a factor of two, with no strongly observed dependency on dosage. Alcohol, by contrast, has a steep dose-effect curve. At the legal limit of 0.08% blood alcohol content by weight, the relative risk of drunk driving is at least eight; at 0.15%, which is fairly common, the relative risk has been estimated at 30-50. So there is no justification for punishing stoned driving as severely as we punish drunk driving.

– The lack of evidence of a strong dose-effect relationship suggests that a legal standard based on the content of cannabinoids in blood may not be appropriate.

– Even if a blood standard were valid, the lack of a breath test would make enforcing that standard nearly impossible as a practical matter.

– The long and unpredictable course of cannabis metabolism means that frequent users will be at risk of failing a drug test even when they are neither subjectively intoxicated nor objectively impaired. Worse, they would have no way of judging in advance whether or not driving would be legal. The result would be a re-criminalization of cannabis use through the back door.

Response: Stoned driving should be a traffic infraction, like speeding. Driving with measurable alcohol in blood after also using cannabis (recent use can be detected by a cheek swab) should constitute drunk driving.

Response: The biggest challenge in the field is persuading cannabis users not to drive stoned. Careful studies of how different messages resonate – or fail to resonate – with different groups of users could be of great value.

Response: This is a problem where the obvious answer is a long way from the right answer. The polarization of the cannabis-policy debate between advocates and opponents of legalization makes rational discussion even harder. I don’t claim that the policy we recommend is the only workable one, but any sound policy will have to deal with the four reasons stoned driving isn’t like drunk driving.

No conflicts to disclose; I continue to advise state governments on cannabis policies.