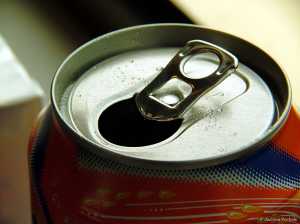 Response: The background leading up to this study is the fact that  in 2014, the city of Berkeley passed the nation’s first sugar-sweetened beverage tax, also called soda tax, through a 75% YES public vote. Using beverage sales data from U. C Berkeley campus retailers, we find that sales of soda fell relative to non-SSB beverages by 10-20% after the election outcome and before the tax was ever passed on to consumers.

We know this to be the case because the campus only passed through the higher prices to consumers in middle of 2016. This effect is also found when we look at beverage sales in retail outlets near U C Berkeley. There, quantity dropped after the Yes election outcome relative to quantity changes in counterfactual stores (in retailers near other U C campuses where the tax was not passed and with comparable patterns of sales to those in the city of Berkeley at baseline).

Response: Our findings suggest soda tax media coverage and election outcomes can have larger effects on purchasing behavior than the tax itself. In fact, when the tax is finally implemented on campus sales were already low and did not change significantly. Our findings are consistent with several mechanisms, that we mention in our paper, and our data do not allow us to disentangle which ones could be consistent with the non price effects we see in changes in soda consumption. In addition, if similar policies are implemented in other geographic areas without a preceding campaign and/or a public vote to pass the policy, we might witness different effects on consumption than if these events were present beforehand.

Our findings are consistent with several mechanisms, that we mention in our paper, and our data do not allow us to disentangle which ones could be consistent with the non price effects we see in changes in soda consumption.  Future work could consider lab experimental analyzes to disentangle between those possible mechanisms:  especially the media, rational addiction, and social norm effects—and how these might vary across heterogeneous consumers.