Editor’s note: CASIS, the four year old Center for the Advancement of Science in Space, presented an informative update and display at the Biotech Conference 2015, in Philadelphia June 2015.

CASIS, the manager of the International Space Station U.S. National Laboratory, facilitates space-based research for the good of mankind. To accomplish it’s goal of ‘driving scientific inquiry toward developing groundbreaking new technologies and products’, CASIS has at its disposal Seed Money, Expertise, Access to Launch, Administrative Support and Educational Outreach.

Mr. O’Neill and Dr. Ruttley spoke with MedicalResearch.com about the work CASIS is doing and the opportunities CASIS is creating for entrepreneurs, educators and scientists. 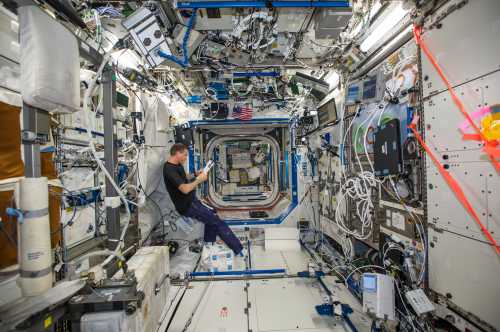 MedicalResearch: Why don’t you tell us a little about the background for CASIS?

Response: The mission of NASA is space exploration, while the complementary mission of CASIS is to use ISS (the International Space Station) to better life on earth. CASIS is the non-profit arm of NASA that recruits, selects and manages the scientific research projects conducted on the space station. 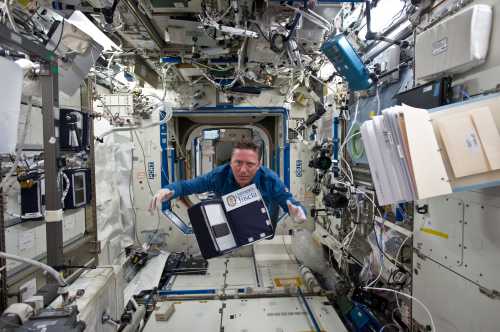 MedicalResearch: What is unique about the ISS environment? What is attractive about conducting research in that setting?

From a biological standpoint, the microgravity environment is unique for the study of three-dimensional aggregation of cells, bone density and muscle wasting, aging, protein growth including monoclonal antibodies, STEM cell research and microbiology.

MedicalResearch: Can you tell us some about some of the ongoing research on the ISS?

Response: Several of many on-board experiments include:

1: A yearlong twin study with homozygous twins, Scott and Mark Kelly. Astronaut Scott Kelly will spend a year in space (March 2015-March 2016) while his brother, Mark Kelly, a retired astronaut, will live his life on earth. The investigation will focus on “analysis of human molecular responses to the physical, physiological and environmental stressors associated with human spaceflight”.

2. Bone density loss and muscle wasting are problems associated with weightlessness and space flight. They are also common problems linked to aging here on earth. In the past, Amgen conducted research on its drug Prolia (denosumab) for osteoporosis on the ISS.

One unique ongoing study by Lenore Rasmussen, Ph.D. and colleagues from the Princeton Plasma Physics Laboratory, is attempting to develop synthetic muscle for both robotic and human prosthetic use. Temperature and radiation resistant synthetic muscle may be used to build hands that could work in places unsafe for humans, such as potential nuclear disasters.

3. The Fruit Fly Lab has “the combined capabilities of artificial gravity, day/night lighting, video observation, tissue preservation and the ability to separate multiple generations of flies”. The current fruit fly experiments are focusing on how spaceflight affects the immune system’s response to infection.

4. The Fluid Shifts study, is examining the effects of fluids (blood and water) shifting in an astronaut’s head during flight. What is learned from the Fluid Shifts research may be applicable to patients with brain swelling from a variety of causes.

Response:  Human monoclonal antibody studies: Merck Research Laboratories is capitalizing on the fact that “Protein crystals grown in microgravity can reach much larger sizes and more perfect structures than those grown on Earth, where gravity interferes with their formation”. Merck is investigating a monoclonal antibody for potential use in autoimmune disease. 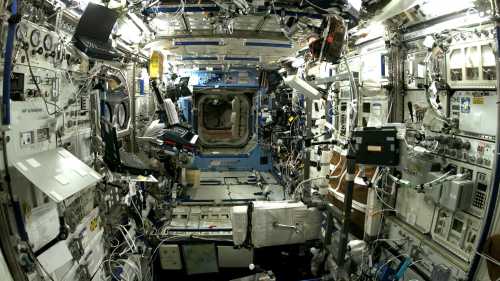 MedicalResearch: How are supplies transported to the space station?

Response: The Space X Dragon is a free-flying spacecraft that delivers both cargo and people to the international space station. The ISS also had 3D printing equipment to replace worn or provide new tools as needed.

MedicalResearch.com: What is the educational mission of CASIS?

Response: The educational mission of CASIS is to equip educators to be able to excite their students in the pursuit of knowledge about their home, Earth and space. It is a major goal of CASIS to provide STEM educators with the resources they need to inform and encourage their students in the pursuit of a science education. CASIS actively recruits experimental proposals from students and at the present time has 30-40 ongoing student-triggered experiments on the space station.

More information as CASIS can be found here:

1: Results of microgravity studies are featured on the Nature journal Microgravity.