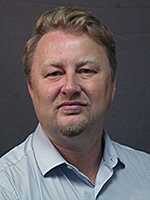 Response: Strictly maternal inheritance of mitochondria, the cellular power stations, and mitochondrial genes that mitochondria harbor, is a major biological paradigm in mammals. Propagation of paternal, sperm-contributed mitochondrial genes, resulting in a condition called heteroplasmy, is seldom observed in mammals, due to post-fertilization elimination sperm mitochondria, referred to as “sperm mitophagy.” Our and others’ recent results suggest that this process is mediated by the synergy of ubiquitin–proteasome system (UPS) pathway that recycles outlived cellular proteins one molecule at a time, and autophagic pathway capable of engulfing and digesting an entire mitochondrion.

Here we demonstrate that the co-inhibition of the ubiquitin-binding autophagy receptor proteins SQSTM1, GABARAP, and UPS, and the UPS protein VCP dependent pathways delayed the digestion of sperm mitochondria inside the fertilized pig egg. By manipulating said proteins, we created heteroplasmic pig embryos with both the paternal and maternal mitochondrial genes. Such animal embryos that could be used as a biomedical model to research and alleviate certain forms of mitochondrial disease.

Response: Our findings provide the mechanisms guiding sperm mitochondrion recognition and disposal during preimplantation embryo development, which prevents a potentially detrimental condition of heteroplasmy. Better understanding of cellular mechanisms that may fail and result in paternal heteroplasmy is significant for the treatment of human mitochondrial diseases and infertility, and for the fitness and production traits of livestock animals.

Response: Further research should focus on assessing the incidence of paternally-contributed heteroplasmy in both humans and animals. Deeper insight into mitophagy could also help optimizing the protocols for cloning of valuable, genetically superior livestock animals in which heteroplasmy occurs frequently due to the failure of the reconstructed embryos to eliminate donor cell mitochondria.

Response: This work was made possible by funding from US Department of Agriculture National Institute of Food and Agriculture, the Food for the 21st Century Program of the University of Missouri and the National Institutes of Health, Office of Research Infrastructure Programs (formerly National Center for Research Resources).