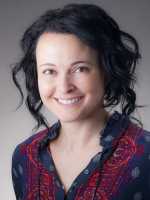 Response: This research was conducted on the premise that people tend to view women as more nurturing, and also set higher standards for women to behave in a nurturing manner. The same pattern has been observed in past research examining how students view their female professors.  Female professors are expected to be more nurturing, such as being more available outside of the classroom, as compared to their male professors.  In the present research, we investigated whether these higher expectations of nurturing behavior would cause students to be more likely to ask things of their female professors, consequently placing higher work demands on them.  In our survey of male and female professors across the country, we indeed found that female professors received more requests for standard work demands (e.g., office hours visits or assistance with course-related matters), as well as special favor requests (e.g., requests to re-do an assignment for a better grade or asking for some form of exception, extended deadline, or alternative assignment), compared to male professors.

Response: Our results suggested that the frequency of special favor requests seemed to put more emotional burden on female professors, with female professors reporting that they spend more time helping students with emotional issues.  Our second study had students respond to a fictitious professor with a male or female name and imagine hypothetical scenarios in which they might ask the professor for a special favor.

Response: Whether in academia or any other work setting, we should take care to not place higher demands and expectations on women, and we should notice when we may be treating women unfairly by setting them to a higher standard.  It is difficult to recognize and address our own automatic biases because we all want to view ourselves as unbiased, but it must be done if we are to treat people fairly.