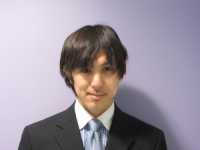 Response: There was insufficient evidence for effects of polyunsaturated fatty acids (PUFA) intake or blood biomarkers on the development of type 2 diabetes. For instance, previous studies using PUFA biomarkers had a maximum of only 673 type 2 diabetes cases. In the EPIC-InterAct Study – a large European collaborative, prospective study where 12,132 diabetes cases were ascertained during its follow-up – we found diverse associations of blood levels of different types of PUFAs with incidence of type 2 diabetes.

Response: There is an ongoing debate over the potential hazard of omega-6 PUFA intake for cardiovascular health. However, this study did not support this as a concern for type 2 diabetes. By contrast, our findings support health benefits of consuming plant-based vegetable oils containing omega-6 PUFA and omega-3 PUFAs for the primary prevention of type 2 diabetes.

Response: As we studied populations in European countries, we cannot guarantee the same findings in different countries where types of vegetable oils and culinary practice are different from those in Europe. As consumption of vegetables and vegetable oils is recommended worldwide, we wish to see confirmatory evidence from non-European countries including Latin and Asian countries where diabetes threat is skyrocketing and research on edible oils is very important as a part of modifiable risk factors.

Response: Although this study used blood levels of polyunsaturated fatty acids and the findings cannot be directly translated to dietary recommendations, the study clearly delivered no evidence for the need to change the current dietary recommendation of consuming PUFAs instead of saturated fat. Some types of PUFAs showed positive associations with type 2 diabetes, but they were relatively minor and known to be subject to genetic effects and fatty acid metabolism. While the findings for these minor PUFAs are interesting to understand biology of fatty acids, they should be treated as less relevant to current clinical practice and dietary recommendations than the findings of total omega-6 PUFAs, linoleic acid, and alpha linolenic acid.