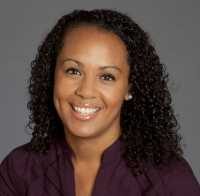 The state level data found syphilis rates among gay and bisexual men ranged widely among the 44 states, from 73.1 per 100,000 in Alaska to 748.3 per 100,000 in North Carolina. Some of the highest rates among MSM were in states in the Southeast and the West.

Response: This is the first time that state-specific rates of primary and secondary syphilis were calculated for MSM in the United States. These syphilis disease rates better illustrate the disproportionate burden of primary and secondary syphilis among MSM by comparing the absolute case counts to appropriate population size estimates. Additionally, these rates show how syphilis impacts gay and bisexual men harder in some parts of the country than other parts. Knowing the infection rate as well as numbers of infections give us a clearer picture of the risk gay and bisexual men face and helps pinpoint the hardest hit areas.

Response: Where possible, local and state jurisdictions can take syphilis disease rates into account in addition to the absolute number of cases as this provides a more holistic picture of the epidemic and helps highlight disease disparities. These disease estimates can be updated annually as new census and syphilis case report data become available and can be used to inform disease modeling efforts to evaluate the efficacy of interventions. Sexually active MSM should be screened for syphilis at least annually and every 3 to 6 months if at increased risk.

Response: This new analysis builds on existing CDC surveillance data showing alarming recent increases in syphilis infections nationally, particularly among gay and bisexual men. In 2014, there were nearly 20,000 reported syphilis cases overall, a 15.1% increase in just one year. It’s estimated that gay and bisexual men accounted for at least 60 percent of all primary and secondary syphilis cases.

De Voux A, et al “Rates of primary and secondary syphilis by state among men who have sex with men – United States, 2014” STD Prevention Conference 2016; Abstract 4B1.