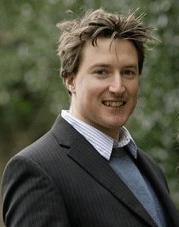 Dr. Howard is I academic vascular surgeon currently based in Oxford, UK. He worked with Professor Peter Rothwell as part of the Oxford Vascular Study.

Dr. Howard: Abdominal aortic aneurysm is a potentially lethal ballooning of the aorta, the body’s largest blood vessel, which supplies blood from the heart to the abdomen and on to the rest of the body. Smoking, high blood pressure, male gender and older age are four key risk factors for abdominal aneurysms. Currently, men 65 and older are screened in the United States and in Europe for the condition based on recommendations from European screening trials and the U.S. Preventive Services Task Force. However, deaths from abdominal aortic aneurysm are moving to older ages.

Our study is the first prospective population-based study of ruptured abdominal aortic aneurysm events.  We have found high incidence and death rates for this condition, particularly in older people. Most ruptured aortic aneurysms currently happen in people aged over 75 and this is likely to shift to those aged over 85 during the next few decades. The few ruptured aortic aneurysms that do occur in younger people (aged 65-75) occur almost exclusively in male smokers. Therefore we have calculated that if the national UK screening policy was modified to screen only male current smokers aged 65 and then all men at age 75 this could result in an almost four-fold increase in the number of deaths prevented and a three-fold increase in the number of life-years saved compared to the current UK strategy, with about a 20% reduction in the number of scans required.

MedicalResearch: How do you assess the major risk factors of smoking and high  blood pressure for AAA?

MedicalResearch: Why are nearly two-thirds of all acute AAA older than 75 years?  Do you see other medical conditions being first seen at older ages?

Dr. Howard: Aortic aneurysm formation is a degenerative condition affecting the wall of this major artery and normally the balloon-like expansion occurs in the abdomen just above the level of the umbilicus. As with many degenerative conditions, as one gets older there is an increased risk of developing the condition. As the number of people living over the age of 75 has more than doubled in the last 2 decades, the majority of people suffering ruptured aortic aneurysms are now over 75. Other conditions that will become more and more common, as the aging population continues, are peripheral arterial disease (affecting the blood supply to the legs) and dementia (a degenerative condition affecting brain function). There is a huge amount of research opportunity for both of these conditions also.

MedicalResearch: What is your major message to the general public in regard to screening of abdominal aortic aneurysm?

Dr. Howard: The current screening programmes in the UK, Europe and US are a major  step-forward in treating this condition. However, these strategies need to adaptive to the changing population that they serve. As people age and smoking rates decrease, strategies will need to be modified in order to stay effective. We have provided evidence supporting modification of the UK NHS screening programme.

Dr. Howard: Although screening has not previously been shown to be beneficial in women, we have found that over a quarter of acute events currently occur in women and this proportion is likely rise to a third by 2030. So consideration should be given to offering screening to women with risk factors and a policy of screening all women aged 75 with known hypertension could be evaluated in randomised trials.

MedicalResearch: What is your own next step in research?