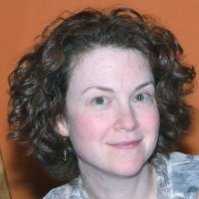 Response: Interest for this study arose from a realization that a large number of deaths from thin melanomas have been documented in SEER. Since prognosis worsens with depth for thicker melanomas, we sought to evaluate whether it was the “thicker” of the thin melanomas that accounted for most of the deaths. We were surprised to find that when we restricted our study to melanomas diagnosed at Stage I and II, the greatest number of deaths at 10 years caused by these melanomas resulted from those 1.00mm and less in depth. We were also surprised to find that prognosis for ultra-thin melanomas, 0.01-0.25mm in depth, was not better than those 0.26-0.50mm, as we had expected.

Response: Though for an individual, a diagnosis of a thin melanoma is preferable to one >1.00mm thick, from a public health perspective thin melanomas cause a significant mortality burden. Our report suggests that the goal of “early detection” should be finding and removing melanomas at the in-situ stage or even earlier in the evolutionary process of melanoma development.

Response: Our findings require further explanation and study: either to determine whether they result from possible errors in data entry, as pointed out for Detroit data in the recent JID article by Gimotty et al, “Miscoding of Melanoma Thickness in SEER,” or to determine whether there really are features of some thin melanomas, either host factors or genetic features, that make some lethal despite appropriate initial treatment. Treating higher risk thin melanomas more aggressively, in terms of treatment and surveillance, might turn out to be necessary to decrease melanoma mortality.

Response: Despite the USPTF’s recent indeterminate recommendations regarding skin examination, it is clear that outside of primary preventive practices, early detection is still the best way to reduce melanoma mortality. Methods that increase awareness, evaluation, and removal of skin lesions as early as possible should be promoted as good population health, whether it be via teledermatologic consultation or greater primary care involvement in the process.