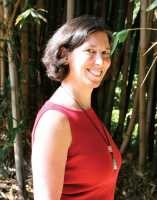 MedicalResearch.com editor’s note: Campbell Soup Co. will stop using the chemical Bisphenol A in its canned products by the middle of 2017 due to consumers concerns that BPA raises the risk of cancer, brain damage and hormonal problems.

Professor Nancy Wayne, is a reproductive endocrinologist and professor of physiology at UCLA. She has conducted extensive research on the health effects of the endocrine disruptors bisphenol A (BPA), a chemical widely used by manufacturers to strengthen plastic, and its replacement, bisphenol S (BPS). Professor Wayne was kind of enough to discuss the implications of the Campbell Soup Co. announcement for the readers of MedicalResearch.com.

MedicalResearch.com: What is the background for this announcement? What are the real and potential harmful effects of BPAs?

Prof. Wayne: There has been increasing research publications on the impact of BPA on body functions in animal models, human cells in culture, and associations between high levels of BPA in human urine samples and dysfunctions and diseases. a pubmed (biomedical article search engine) keyword search of bisphenol + BPA showed 39 articles published in the 1990s, 1127 articles published in the 2000s, and over 2300 articles published since January 2010. The public is much more aware of this research now — even though the message from the U.S. FDA has been consistently that low levels of BPA are not harmful (this is not the case according to independent research). Public pressure is causing companies to re-think their use of BPA in their products that could lead to environmental exposure of humans to this chemical.

BPA has been shown in animal models to alter genes in fetal heart that are known to play a role in heart diseases, leads to increased genetic abnormalities in fertilized eggs and miscarriages, increased premature birth, increases susceptibility to breast cancer, stimulates early development of the reproductive system, and increases the risk of obesity. We cannot do controlled studies in humans with toxins like we can with laboratory animals. However, there has been shown to be an association between high levels of BPA in human urine and many of the same problems seen in animals: increased body weight and fat in children, increased risk of miscarriages and premature birth, and increased incidence of prostate cancer. Although association doesn’t mean cause-and-effect, taken together with the animal studies — it is meaningful.

MedicalResearch.com: What is mean by an endocrine disrupter? Is there a group more susceptible to the effects of BPAs?

Prof. Wayne: Endocrine disruptors refer to chemicals that alter the actions of various hormones, including estrogen and thyroid hormone. These hormones are critical for normal body functions. BPA and other endocrine disrupting chemicals (including chemicals used in BPA-free products) create an imbalance in our endocrine (hormone) systems, that can lead to a wide variety of dysfunctions and diseases.

Embyros, fetuses, and young organisms appear to be especially vulnerable to any type of toxin, including endocrine disrupting chemicals.

MedicalResearch.com: What should clinicians and patients take away from this announcement?

Prof. Wayne: It’s wonderful that Campbell soup will be making their cans BPA-free. But, what chemical(s) are replacing BPA to coat the inside of the cans? Have the acrylic and polyester coatings been shown to be safer than BPA? Do the chemicals in those coatings leach into the food product? All consumers should be asking these types of questions.