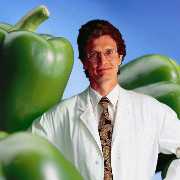 Response: I have a long term interest in vitamin C. Previously I have shown that it alleviates exercise-induced bronchoconstriction (EIB) (http://dx.doi.org/10.1186/1710-1492-10-58 ) and shortens the duration of colds ( http://dx.doi.org/10.1371/journal.pmed.0020168 ). Now I had been following the literature and I noted that a number of randomized trials were being published about vitamin C for preventing post-operative atrial fibrillation (POAF). Therefore I reasoned that it is worthwhile to analyze that set of trials

Response: We found substantial heterogeneity between the US and the non-US studies on  post-operative atrial fibrillation. Vitamin C had no effect in the USA. However, it was significantly effective in other countries, which included Iran and Greece. It is possible that this divergence is caused by cultural differences, which includes nutrition, or by differences in hospital practices. We do not know the explanation. However, the difference between the US and the non-US trials was dramatic.

We also found one randomized trial on preventing  atrial fibrillation recurrence in patients who had a successful cardioversion. Vitamin C prevented AF recurrence rate by 87%. Vitamin C is very cheap and the patients of that trial bought the tablets themselves.

Response: As a general conclusion, taking or administering vitamin C may be beneficial in conditions of increased physiological stress, which explains the benefits in the AF trials and the benefits in the EIB trials. Nevertheless, given the lack of benefit against POAF in the US trials, I dont think US surgical patients should start taking vitamin C. Instead, they should wait for deeper understanding of the effects of vitamin C. In addition, I do not think there is evidence that an ordinary person would benefit of taking vitamin C in doses over some 100 to 200 mg per day.

Response: Given the strong evidence of benefit in the Greece and Iran trials, it seems obvious that the effects of vitamin C should be further studied in less wealthy countries outside of those two countries. Does the benefit occur widely in less wealthy countries? What is the optimal protocol for vitamin C administration? Most of the trials have used a closely similar protocol, but there should be comparisons of doses and timings. How much before the operation or cardioversion patients should be given vitamin C, and how long after the operation. We also found substantial differences between oral and intravenous administration. Their differences should also be investigated within a single multi-arm trial instead of comparing trials that have simultaneously many other differences.

Three rather large trials in the USA found consistently no benefits of vitamin C against POAF. Thus, it does not seem reasonable to carry out further POAF trials with US patients, except with patients who have a documented low intake of vitamin C or other specific justifications.

Response: Vitamin C was found as an explanation to the question what causes scurvy. That led to the assumption that vitamin C is a scurvy-vitamin. Because of the historical background, the popular view has been that if there is no scurvy then there cannot be benefit of higher intakes of vitamin C. However, many people get low intakes of vitamin C in their diet and even frank deficiencies are reported in the current medical literature, and marginally low intakes are much more prevalent. Furthermore, it seems that under special conditions, such as heavy exercise or surgical operations, much higher intake levels of vitamin C may be beneficial. Vitamin C is not just for preventing overt scurvy.