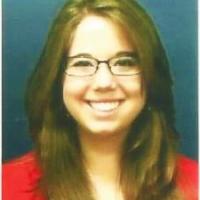 Response: Vision and cognitive functioning both tend to decline as individuals age. Processing speed, or the speed at which an individual can process information, is particularly vulnerable to age-related declines. In previous studies, cognition has typically been measured using traditional paper-and-pencil tests; however, these tests can be quite complex and recruit many different abilities. We wanted to use a simpler test to assess processing speed in the hopes of tapping into the more basic abilities that underlie performance on more complex cognitive tasks. For this study, we chose a measure of visual processing speed called critical flicker fusion, or CFF. We tested how well CFF could predict cognition in both younger and older adults.

Response: As expected, younger adults had better visual processing speed than older adults. Interestingly, in both age groups, CFF significantly predicted performance on a test of executive functioning, which assess abilities such as problem-solving and shifting attention between different tasks.

Response: Vision and processing speed both fundamentally underlie more complex cognitive abilities, such as executive functioning. Declines in visual processing speed, or CFF, could be a marker for difficulties in other areas of cognition as well.

Response: Most of the older adults in our study were cognitively healthy individuals. The next step for this research is to evaluate whether CFF can predict impairment in individuals who may be showing early signs of significant cognitive decline or dementia.