16 Jun Which Diet Is Best For You? It Depends On Your Genes 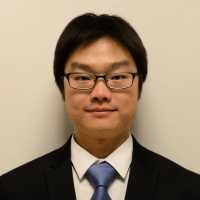 Response: Omega-6 and omega-3 fatty acids are critical for human brain development, cognitive function, immune response, and cardiovascular health. Physiologically active forms of omega-6 and omega-3 fatty acids, such as AA, EPA, and DHA, are readily available in meat and seafood, but are absent in most plant-based foods (e.g. fruits and vegetables). Instead, plant-based foods contain two precursor fatty acids, LA and ALA, which could be metabolized in our body and converted into physiologically active forms. Fatty acid desaturase (FADS) genes encode key enzymes for this biosynthesis.

We hypothesized that genetic variations in FADS genes that enhance the biosynthesis efficiency were adaptive to plant-based diets in traditional farming populations and thus became more frequent over time. Our study compiled a huge data set of genetic information (DNA) from both present-day and ancient individuals. For the first time, we examined the action of natural selection on humans for the past 30,000 years in Europe.

Response: The same diets have different effects on different individuals, depending on the genetic backgrounds. Taking into account your genome and personalizing your diet is the ultimate way to achieve optimal health. Specifically, about omega-3 and omega-6 fatty acids, if you have the meat/seafood-adaptive version of the FADS genes, your diet should include more meat/seafood or additional supplementation. If you have the plant-adaptive version, a traditional plant-based diet is good for you.

Response: Future research needs to establish additional links among genetic variation, dietary patterns, and health outcomes. Quantifying the effect of genetic variations is necessary for precision nutrition. The observation that plant-adaptive version was maladaptive to the meat/seafood diets of hunter-gatherers suggests the possibility that having too much omega-6 and omega-3 fatty acids might be detrimental to health. This possibility needs to be further investigated.

Response: Human evolution is an ongoing process. Diet has played and will continue to play significant roles in shaping our genome. The drastic dietary change in the last few decades from the traditional plant-based diets to the meat-based westernized diet might once again switch the selection on different versions of FADS genes. The mismatch between our genome and diet might have been exemplified in the recent epidemic of human complex diseases.

Please consult your health care provider regarding your specific medical condition and questions.