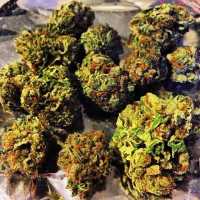 17 Sep Withdrawal from Synthetic Cannabinoids Rated Worse Than From Cannabis

Response: Synthetic cannabinoid receptor agonists (SCRAs, also known as Spice or K2) are a group of synthetic drugs originally produced to mimic the effects of cannabis. As they are often more accessible or cheaper and cannot be detected on drugs tests, SCRAs may be used as an alternative to cannabis. However, although they act on the same receptors – cannabinoid receptor type 1 and 2 (CBR1; CBR2) – SCRAs are far more potent than cannabis which may make them more addictive and increase the severity of withdrawal (unpleasant symptoms experienced after cessation of a drug which has been used in large amounts for a long period of time)

As part of the Global Drug Survey, in this study we asked participants who use both SCRAs and cannabis to compare their effects across different measures which indicate how likely a drug is to result in long-term harm. For example, how severe withdrawal symptoms are and how long the effects last. We also asked participants which withdrawal symptoms they experienced when attempting to stop.

Response: Participants consistently rated the effects of SCRAs as more harmful than cannabis, noting that effects were quicker to emerge but had a shorter duration than cannabis. However, participants reported that tolerance to the effects develops more quickly for SCRAs, meaning that people may have to use larger doses more regularly to achieve the same effect as before.

Participants also rated SCRAs withdrawal symptoms as more severe compared to cannabis, meaning that it may be harder for them to quit. 67% of participants reported experiencing at least 3 symptoms after attempting to stop using SCRAs, including sleep issues, irritability, low mood, heart palpitations and craving (a strong desire to use more of the drug).

Response: SCRAs are far more harmful than cannabis and people attempting to quit are likely to experience a range of severe withdrawal symptoms which may make quitting more difficult.

Response: This research highlights the severity of withdrawal that people using SCRAs are likely to experience when attempting to quit. However, there are currently no clinical guidelines for treating SCRA withdrawal, and the development of effective treatments are urgently required to help people quit.

Response: It’s important to note that this study used a purposive sampling method, which means that these results might not be generalisable to all people who use SCRAs. Our research was also unable to recruit participants from populations where SCRA use may be used in greater amounts – such as homeless people or those in prison – where more severe withdrawal and greater health harms are to be expected. Going forward, it’s important to ensure that these populations are better represented in research into SCRA use.