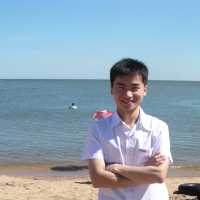 Response: Basal cell carcinoma (BCC) of the skin is the most prevalent cancer in the US, and is responsible for substantial morbidity and billions of dollars of health care expenditures. Knowledge on the modifiable risk factors of BCC is required for targeted prevention of cancer incidence. Alcohol consumption is a well-known risk factor for human cancer and has been linked to a number of cancers, including breast, prostate, pancreatic, and colon cancers. Interestingly, a large epidemiological study has reported a positive association between alcohol consumption and increased prevalence of severe sunburn, an established skin cancer risk factor. It is hypothesized that metabolites of alcohol (e.g., acetaldehyde) can serve as photosensitizers and promote skin carcinogenicity in the presence of UV radiation. However, epidemiological evidence for the association between alcohol consumption and BCC risk has been limited and a few previous studies on this topic have yielded conflicting results. Therefore we conducted a comprehensive prospective study to investigate this question using data from three large cohorts including the Nurses’ Health Study (1984-2010), Nurses’ Health Study II (1989-2011), and Health Professionals Follow-up Study (1986-2010).

We documented a total of 28,951 incident Basal cell carcinoma cases over the study follow-up. We found that increasing alcohol intake was associated with an increased Basal cell carcinoma risk in both women and men. In the combined analysis with all 3 cohorts, those who consumed 30 grams or more alcohol per day had a 22% higher risk of developing BCC when compared to nondrinkers. This increased risk was consistent in people with different levels of sun exposure. We also found that BCC risk was associated with alcohol intake levels more than a decade ago, suggesting that alcohol may have a lagged effect that can persist for a long-term period. Among the individual alcoholic beverages, white wine and liquor were positively associated with Basal cell carcinoma risk whereas red wine and beer were not associated with BCC risk. This difference may be due to some other chemicals accompanying alcohol in the specific beverages. For example, red wine contains higher amounts of phenolic compounds compared to white wine, and these compounds have antioxidant activities which may be beneficial for counteracting the potential carcinogenic properties of alcohol and its metabolites. 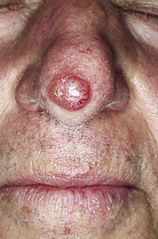 Response: Our study findings support an increased basal cell carcinoma risk in association with alcohol consumption that was independent of sun exposure and other potential confounders. The identified association was consistently positive among both women and men. White wine and liquor may be the major alcoholic beverages that contribute to the increased basal cell carcinoma risk. Clinicians may advise high-risk individuals and patients to avoid excessive sun exposure after alcohol use, especially white wine and liquor, in order to prevent related skin cancer risk.

Response: The studied cohorts comprised well-educated health professionals and are not a representative sample of the US population. Although restricting the sample to health professionals also reduces potential confounding from socioeconomic status which has been implicated in the assessment of health risk associated with alcohol consumption, further studies are needed to replicate our findings in other populations and to explore the exact mechanisms behind the increased risk of basal cell carcinoma associated with alcohol consumption.