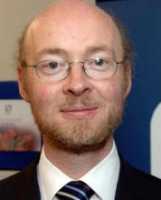 Response: There is evidence that aspirin (acetyl salicylic acid) can be toxic to brain tumour cells. However, its existing preparations cannot readily enter the brain because the drug is a suspension rather than being completely soluble. Furthermore, there can be significant side effects associated with the existing form of the drug including gastric bleeding. The object of this research was to develop a new formulation of aspirin which is truly soluble. When combined with two other compounds, the drug enters the brain and can therefore target the tumour cells. This study also showed that aspirin can kill tumour cells without causing any damage to the normal nerve cells.

Response: There are very few drugs that are available to treat the tumour cells. They have limited effectiveness and often there can be significant side effects. Therefore, we need to develop new drugs which are more effective but with fewer side effects. However, the brain is surrounded by a membrane called the blood brain barrier which prevents a lot of drugs from entering into the brain. This research, by the team at the Brain Tumour Research Centre of Excellence at the University of Portsmouth, has demonstrated that a reformulation of aspirin to a truly soluble form allows it to enter the brain so that it can target the tumour cells. The technology used in this study may also allow other drugs to get into the brain to target tumour cells.

Response: Just like aspirin, some other existing drugs have been demonstrated to target brain tumour cells. These drugs are currently used to treat other conditions and need further testing to determine their effectiveness to treat brain tumours. This is referred to as drug “repurposing”. Given the significant cost of developing new drugs, there is a lot of interest in a reassessment of existing drugs as they will have been demonstrated to be safe. Brain Tumour Research is promoting the development of a programme for the screening of some current drugs to identify potential new therapies which will be effective but safe and bring us closer to developing a cure for brain tumours.

Citation:
Brain Tumours 2016 – From Biology to Therapy abstract discussing:
The ability of IP1867B to cross the blood brain barrier to treat glioblastoma

Following an early career in academia and with a PhD in neuroscience, Dr Kieran Breen’s experience includes posts as Senior Lecturer in Biochemical Psychiatry and Director of the Tayside Alzheimer’s Research Centre at the University of Dundee. Appointed as Parkinson’s UK’s very first Director of Research in 2005, he was responsible for expanding the charity’s research portfolio and developing a new translational research strategy. He subsequently worked at the National Cancer Research Institute (NCRI) where he was responsible for the generation and analysis of the UK cancer research spending database which contains details of the majority of the cancer-associated research funding within the UK.

Kieran was appointed to the position of Director of Research at Brain Tumour Research in November 2015; he is responsible for implementing the Charity’s research strategy and particularly expanding the network of Research Centres of Excellence. This is complemented by the development of research funding collaborations with other organisations to ensure that there is maximal cohesion in the field of brain tumour research within the UK. Kieran also serves on the Committee for Advanced Therapies at the European Medicines Agency which assesses marketing applications for cell and gene therapies.