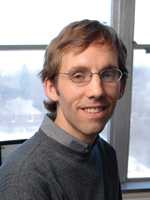 Response: Having dense breasts makes mammography more difficult to interpret and is also an independent risk factor for developing breast cancer. About half of all U.S. states require that information on the density of a woman’s breasts be made available to her after a mammogram, and in some states the report must also inform such women that there are additional tests, such as breast magnetic resonance imaging (MRI), that may detect breast cancer in women who have dense breasts and normal mammograms.

Such laws are controversial because of the large number of women affected (around 40% of women aged 40-74) and due to a lack of consensus in the medical community regarding the benefits and harms of supplemental screening strategies. An additional concern is the subjective nature of breast density assessment, which is based on the Breast Imaging Reporting and Data System (BI-RADS) that provides four possible categories for breast density.

Response: We studied clinical data from over 200,000 mammograms interpreted by 83 radiologists at 30 different breast imaging facilities in Vermont, Pennsylvania, New Hampshire, and Massachusetts. We found that the percentage of mammograms that a particular radiologist interpreted as showing increased breast density ranged widely, from about 6% to almost 85%. This variation could not be explained by differences in the characteristics of the women who were examined, such as age, race, or body mass index. When women had 2 consecutive mammograms read by different radiologists, about 17% had a finding of increased breast density reported on one mammogram but not the other.

Response: The likelihood that a woman will be told that she has dense breasts on a mammogram may vary depending on which radiologist interprets her examination. Although patient-provider discussions of alternative screening strategies may be triggered by mandatory reporting of density information, patients and physicians should consider density information as one subjective factor among many relevant risk factors that should be incorporated into decision making about screening.

Response: Our results provide further evidence of the need for objective, standardized measures of breast density. Several automated software programs have been developed for density quantification that provide highly reproducible and objective measures of density. Further research is needed to examine whether such automated tools can identify women who would benefit from supplemental breast cancer screening in addition to mammography.