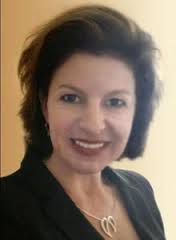 MedicalResearch: What is the background for this study?
Response:

The findings in the Malmo Diet and Cancer study were later validated in a separate and independent cohort known as the Malmo Prevention Project (MPP). This was another epidemiological cohort of 18,449 men and women in which a case control study was conducted to compare 130 subjects with breast cancer to a group of 1439 subjects without breast cancer. The subjects with breast cancer had significantly higher neurotensin levels. Results conclude that: Proneurotensin [odds ratio (OR) per standard deviation (SD) increment of LN-transformed proneurotensin] was significantly related to incident breast cancer [OR, 2.09; 95% confidence interval (CI), 1.79–2.44; P < 0.001; adjusted for age, body mass index (BMI), smoking, and hormone replacement therapy].

The main difference between MDC and MPP was that the age group in MPP was about 10 years older than MDC and the follow up time was shorter.

MedicalResearch: What should clinicians and patients take away from your report?
Response:

Validation of plasma proneurotensin as a novel biomarker for the prediction of incident breast cancer.