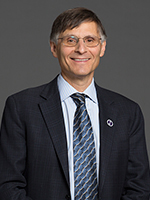 Dr. Neel:  Over the past 10 years, there have been major advances in cancer genomics–i.e., defining what changes in genes are found in different types of cancer cells.  Sometimes, such studies have resulted in the identification of new drug targets, such as EGF receptor mutations or EML-ALK translocations in lung cancer, RAF mutations in melanoma and hairy cell leukemia, and KIT or PDGFR mutations in GIST.  More often, though, either the genetic changes that genomic studies reveal are difficult to target by conventional small molecule drugs or we dont know which of the many mutations found in a given tumor are critical to its proliferation/survival.

“Functional genomics” is a parallel approach to tumor genomics, that aims to use large scale screening technology to identify which genes are essential to cancer cell survival/proliferation.  This approach can reveal which genetic changes in cancer cells “drive” the cancer–but it also can find genes on which the cancer becomes dependent because of the other “driver” genes.  One major approach to functional genomics uses short hairpin RNAs (a type of RNAinterference/RNAi) to “knock down” the expression of each gene in a cell.  Scientists can generate a “library” of designer virus particles, each of which expresses a different hairpin that can “knockdown” a different gene.  A large population of tumor cells is then infected with the virus, and scientists use gene sequencing or array based approaches to see which shRNAs become depleted from the starting population of shRNAs; this type of screen is called a “dropout screen”.

Earlier studies, including by our group, performed dropout screens on smaller numbers of cancer cell lines.  Yet because these screens involved only a few cell lines, they could not represent the large number of sub-types knownt to occur in, for example, breast cancer.  Our study, by using 77 breast cancer lines, has adequate power to survey the landscape of breast cancer. Furthermore, by obtaining parallel genomic information, as well as some information on the breast cancer cell “proteome” (the proteins in these cells), we can couple genomic analysis with functional genomics. In addition, we had drug response information for a large number of these lines, and so were able to make some predictions for drugs that might prove additive for breast cancer therapy.

The result is a large number of potential new targets linked to genetic information, as well as new insights into how the different sub-types of breast cancer “rewire” their respective signaling diagrams compared with normal cells.

Dr. Neel: At this point, most of the conclusions of our study are relatively far from the clinic.  Most of the potential targets that we identified are just that: potential.  Dropout screens (indeed, all types of shRNA screens) are notorious for “off-target” effects, so extensive validation efforts need to be undertaken for any “hit” in this screen.  We do present some initial validation efforts for several of these hits, but for all but one, further extensive experiments will be required to be sure that they are good candidates for drug discovery.

That said, however, we did pursue one hit in the screen, BRD4, in some detail, because drugs that target BRD4 are in Phase I clinical trials for other diseases (mainly leukemia and myeloma).  We found that BRD4 shRNAs “dropped” out from most ER+/HER2+ (“luminal”) breast cancer lines, and from a smaller subset of “basal” (triple negative lines).  Surprisingly, however, about half of the ER+/HER2+ lines, despite requiring BRD4, were resistant to BRD4 inhibitors (also called BET-Is). Because we had genomic data on the same set of lines, we were able to find quite rapidly that mutations in a gene called PIK3CA, which are quite common on luminal breast cancers, conferred resistance to BET inhibitors. Furthermore, treatment with PI3K inhibitors or with TOR inhibitors (TOR is required “downstream” from PI3K), could resensitize the resistant luminal breast cancer cells to BET-Is. By contrast, almost all basal breast cancer cells that were sensitive to BRD4 depletion also were sensitive to BET-Is; the one exception was a basal line that had a PI3K mutation!  These findings, along with work published a few days before in Nature by Nelly Polyak’s group, suggest that BET-Is should be repurposed for breast cancer trials either alone (for tumors with no mutations in PI3K) or with PI3K or TOR inhibitors (for those with PI3K mutations).

Dr. Neel:   I think our study provides a template for similar studies to be performed, either with shRNAs or with a newer, more specific technique called CRSPR/CAS screens.  Our group and others will be mining the large amount of data in this study for quite some time, however, in an attempt to gain new insights into breast cancer biology and also to identify potentially novel therapeutic approaches.