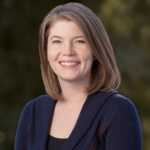 Response: A major goal of this study was to explore a DNA damaging chemotherapy regimen in patients with newly diagnosed early-stage triple-negative or BRCA1/2 mutation-associated breast cancer. This was based on the hypothesis that these types of tumors are more responsive to DNA damaging therapeutics. A second major goal was to identify predictors of response to this platinum-based therapy among patients with sporadic triple-negative breast cancer (TNBC).

Overall, this study demonstrated that the non-anthracycline and non-taxane neoadjuvant regimen of gemcitabine, carboplatin and iniparib resulted in a 36% pathologic complete response rate (pCR). This compares favorably to pCR rates commonly observed with anthracycline and taxane-based regimens in this group of patients. The response rate was higher among triple-negative breast cancer patients with a germline BRCA1 or BRCA2 mutation (56%).

Given the hypothesis of underlying DNA repair defects in sporadic triple-negative breast cancer, we also evaluated a novel measure of genomic instability to detect the accumulation of changes in the genomic landscape of a tumor attributable to defective homologous recombination DNA repair. Homologous recombination deficiency was assessed by loss of heterozygosity (HRD-LOH) in pretreatment core breast biopsies. Very importantly, we found that the HRD-LOH assay was able to identify patients with sporadic TNBC lacking a BRCA1 or BRCA2 mutation, but with an elevated HRD-LOH score, who achieved a favorable pathologic response.

Response: Our data do not have a direct impact for clinical practice today, but they strongly suggest that patient selection based on underlying DNA repair deficiency in future randomized trials of standard versus DNA repair defect–targeted therapy in triple-negative breast cancer hold great promise. In particular, germline BRCA1 and BRCA2 mutation status, as well as the HRD-LOH assay emerged as important biomarkers associated with improved neoadjuvant response to this platinum-based regimen.

Response: At present, three phase II randomized trials have been reported, two of which showed an improvement in pCR rate when carboplatin is added to anthracycline and taxane-based neoadjuvant therapy. Whether this will result in improved long-term outcomes remains unknown. Our data support that future investigation with treatment selection based on tumor DNA repair capacity in triple-negative breast cancer holds tremendous promise and may be able to identify those patients who stand to gain most from a platinum-based approach.

Phase II Study of Gemcitabine, Carboplatin, and Iniparib As Neoadjuvant Therapy for Triple-Negative and BRCA1/2 Mutation–Associated Breast Cancer With Assessment of a Tumor-Based Measure of Genomic Instability: PrECOG 0105