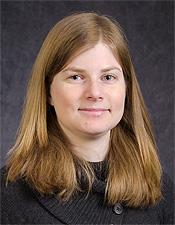 Medical Research: Why would BRCA testing rates have increased among younger women with cancer?

Dr. Rosenberg: There has been increasing awareness surrounding genetic testing for breast cancer in more recent years, likely contributing to the trend that we saw over time  in our cohort. This has included more media attention, most notably Angelina Jolie’s sharing her story in 2013.

Medical Research: Is this increase in testing a good thing?

Dr. Rosenberg: Young women who are diagnosed with breast cancer should be getting tested so the fact that an increasing proportion of women have been undergoing BRCA testing in recent years indicates patients (and the physicians who treat them) are following recommendations.

Medical Research: Are there any downsides to increased BRCA testing?

Dr. Rosenberg: It’s important that women who undergo BRCA testing (as well as testing for other genetic mutations) should be counseled appropriately about genetic testing and what the results do and do not mean for them and their families.  I’m not sure I would call it a downside, but as awareness surrounding testing and the availability of genetic testing has increased, ensuring there is adequate counseling services available for all women – not just those treated at large, academic centers – is crucial.

Medical Research: Should we expect this trend of increased testing to increase?

Dr. Rosenberg: Given that there has been an expansion of testing options (e.g., genome-wide sequencing, multi-gene panels) in recent years, along with a general greater public awareness about testing, it’s likely this trend will continue.

Medical Research: Should we do anything to further encourage it?

Dr. Rosenberg: Providers should be aware of the recommendations surrounding genetic testing for young women and ensure that women are informed and properly counseled about the risks and benefits of testing, including how knowledge of their results  might affect subsequent treatment decisions for their breast cancer.