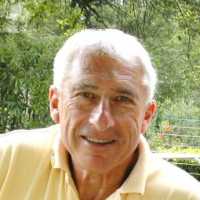 MedicalResearch.com: What is the background for this analysis?

Response: As a medical ethicist, I wished to know how much patients with advanced – metastatic – cancer knew about the drugs that were being used to treat it. What were their perceptions of likely treatment success and how did that tally with our knowledge of what drugs could actually achieve – and at what cost to the body and to the pocket. Did patients actually have a choice – and how did the drugs get approved for use in the first place?

MedicalResearch.com: What are the main targets?

Response: I discovered that as many as 75% of patients with cancer assumed that drugs were more or less likely to ‘cure’ their cancer – which is in fact a dangerous illusion. In most instances even ‘control ‘ is very unlikely due to the development of adaptive resistance – the escape phenomenon that complicates almost every patient treated with almost every cancer drug – even the newest ones. As such, and with few exceptions (such as leukaemia, lymphoma, cancers of the thyroid, cervix, ovary and testicle) cancer drugs delayed death by no more than 4 or 5 months – and at the enormous expense of between $100,000 and $200,000 annually. The health ‘expense’ was there too: an 80% incidence of side effects, of which 20-40% were severe and could cause life-threatening infection and affect liver, lungs, heart and brain. Nor did it seem that we (or even more importantly, the patients) were really aware of those benefit:risk ratios. And I discover that almost all results came from the well-equipped clinical trial centres. And I had then to ask: does cancer treatment in the ‘community’ with its often stretched resources even match the trial centres’ results – because properly and safely treating the side-effects is even more important than treating the cancer itself? And then, what about Asia, Africa and South America? With which I discover that no-one can really answer my queries – and that’s bad, too.

The whole approval system is suspect. Who would believe that over the last 12 years, the US FDA approved 71 cancer drugs that were known to prolong life on average by only 2.1 months – of which seven by one month or less – and with similar results from Europe’s FDA equivalent, the EMA. Do government regulatory approval bodies indeed want more than the welfare of the community they are supposed to serve? The data suggest that they do! The corporate tax they receive from copious global cancer pharma sales of around $120bn annually might also be an incentive to approve. The USA alone gets a corporate tax ‘reward’ that I estimated at $3.8bn annually. Industry-government conspiracy has been described in other ways, too. So, is that low threshold of approval really ethical – for drugs with so little benefit and costs that often require patients to dig deep into their own pockets for so little reward?

I discover that patients are not empowered to ask important questions. If only they knew and understood more of the benefits and risks, they might not want to receive drugs that require endless hospital visits, tests and scans and then the side-effects which cause such distress. I also have to ask whether there are hidden incentives for oncologists to treat with drugs – they surely know of the drugs’ limited potential. Best supportive care without drugs (BSC), I discovered, could also prolong life (and its quality) and the patient could then spend their remaining life well away from hospitals and doctors – and rather with friends and caring family. The pain control, good diet, exercise and psycho-social support of BSC is not so expensive, either.

Response:  It would be far better for oncologists not to use approved drugs in cancers with known poor likelihood of response: too much cost (in health and money) for too little benefit. Rather, those patients should be referred for enrolment in trials – where they would anyhow receive either the currently-best drug or alternatively pharma’s new hopefully-breakthrough drug – and under good conditions and with no charge (even a financial benefit!). The cost of treatment is then also more ethically borne by pharma, who nevertheless gain by more rapid evaluation of their potential new products. The immense sums of money thereby saved could go towards prevention and earlier detection and surgery – approaches that are known to work. And let’s look more carefully and more often at the BSC alternative!

Response: We need many more post-marketing community surveys of survival benefits and adverse effects of drugs – in the west, in the east and far beyond. I discover that the data hardly exist and that pharma doesn’t look – or perhaps doesn’t want to know. Pharma actually doesn’t need all those handsome profits for their investors: let them spend more on answering these questions. Yet their drug development programs must also continue: cancerous spread – metastases – will be with us forever.

Response: The ethics of cancer-drug therapy is bad. Someone with an iron hand needs to take charge, since there are heavily vested interests involved – in pharma, in government and in oncological practice. But who might that someone be?