24 May Synergy Between Radiation and Chemotherapy Enhances Melanoma Treatment 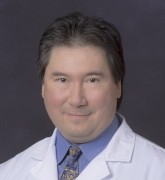 Dr. Welsh: Cancer immunotherapy could represent a truly powerful means of addressing cancer. Although immunotherapy itself is not new, there are new agents and combinations of older agents (including radiation therapy) that could prove more successful than anything we have seen in many years. The data in melanoma thus far is quite encouraging and this preliminary success could possibly extend to many other malignancies as well.

Dr. Welsh: I believe there is reason to believe that there could be significant synergy between radiation therapy and immunotherapy. For this reason i would encourage research into questions such as:

Although previous generations of cancer immunotherapy (such as interferons and interleukins) failed, part of the reason for this failure was our lack of understanding or appreciation of the “brakes” on the immune system. These agents strengthened the immune response but without taking the brakes off, we got nowhere. Now, with a better grasp of the inhibitory aspects of the tumor microenvironment and a better appreciation of immunological synapses and the “brakes” or checkpoints that are often present on t cells responses to cancer, it could be that integrating the older forms of immunotherapy with the new agents that take off the brakes could yield effective new combinations.

Of course, we will have to be wary of potentially severe autoimmune reactions.

Another often overlooked means of modulating the immune system is low dose/low dose-rate total body irradiation. I think this forgotten technique might be worth re-examining during this cancer immunotherapy renaissance.

Dr. Welsh: I admit that i am biased but based on the reading and research that went into my book, “sharks get cancer, mole rat’s don’t: how animals could hold the key to unlocking cancer immunity in humans” i now firmly believe that cancer immunotherapy has a very bright future. With a better understanding of the highly immune-suppressing tumor microenvironment and how new agents might overcome this suppression, new combinations of old and new forms of cancer immunotherapy might be able to effectively turn the immune system loose on its ancient enemy and gain the upper hand at last.