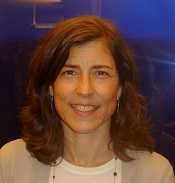 Response: Colorectal cancer (CRC) incidence rates have been increasing in people under 55 since at least the mid-1990s, despite rapid declines in older age groups. We analyzed mortality data covering over 99% of the US population and found that death rates for CRC in adults under 55 have been increasing over the past decade of data (2004-2014) by 1% per year, in contrast to rapid declines in previous years. This indicates that the increase in incidence is not solely increased detection due to more colonoscopy use, but a true increase in disease occurrence that is of sufficient magnitude to outweigh improvements in survival because of better treatment for colorectal cancer.

The second major finding was that the rise in death rates was confined to whites, among whom death rates rose by 1.4% per year, for an overall increase of 14%. In blacks, the colorectal cancer death rate declined slowly during the entire study period (1970-2014). This racial disparity is consistent with incidence, but in contrast to trends for major risk factors for CRC, like obesity, which has increased across all racial and ethnic groups. This means that the obesity epidemic is probably not wholly responsible for the increase in disease.

Third major finding was that CRC death rates are increasing in people in their early 50s, for whom screening has been recommended for decades. This was particularly surprising since CRC screening has a two-fold impact on death rates by both preventing cancer and detecting it early when treatment is more effective. Rising death rates in this age group likely reflects lower screening rates in ages 50-54 than 55+ — 46% vs 67% in 2015, probably because of delayed initiation of screening.

1. People at average risk for CRC should make an appointment for their screening test on their 50th birthday. Colonoscopy is most common, but there are several other effective tests. People at increased risk, such as those with a parent or sibling who have had an adenoma, should consult with their doctor about beginning testing before age 50.
2. We need to increase awareness of CRC symptoms (persistent bleeding from the rectum or in the stool, cramping, change in bowel habits) and encourage timely follow-up of these symptoms by both patients and their primary care physicians.
3. Support more research to understand why CRC rates are increasing so we can reverse this trend.

Response: Our finding indicate the need for more etiologic research to uncover the mechanism behind the rising in CRC.