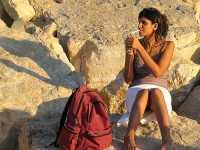 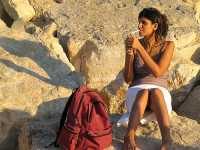 Response: The main finding of our study is that lung cancer mortality could be outweighed breast cancer mortality among women, particularly among developed countries. This could be happen for two different reasons. On one hand, the reduction of breast cancer mortality related with the improvement of treatment and screening programs in the last decades. Since the 1980s there have been continuous advancements in treatment, such as the use of adjuvant therapy to reduce the risk of breast cancer recurrence, new chemotherapy drugs to slow cancer growth, and the introduction of sentinel-lymph- node biopsy to assess breast cancer spread. Currently, clinicians approach this disease with a rapidly evolving multidisciplinary treatment. Moreover, breast cancer screening is the second key factor to explain the decrease in developed countries where the participation rates in this screening program it is very high. On the other hand, the increasing of lung cancer mortality among women related with tobacco epidemic and tobacco smoking among women. Everybody knows that tobacco consumption is the main risk factor for lung cancer and smoking causes around eight out ten deaths of lung cancer. Moreover, smoking behavior among women was a socially not accepted in the middle of the last century. In other words, there was a gender differences in the prevalence of tobacco use. For this reason, the habit of smoking was always more common among men, however, in the last decades smoking among women has been increased. Moreover, there is a delay around 30-40 years between the habit of smoking and the developing of lung cancer. For this reason, we currently observe an increase of the lung cancer mortality among women due to the cohort of women that started to smoking between 70s and 90s and continue smoking, and we will observe in the future.

Response: The main implication of our findings is that we still have time to reduce the impact of lung cancer mortality among women empowering and helping women to stop smoking. We have to raise awareness among the population about the health impact of the smoking, the policymakers should implement comprehensive tobacco control measure, including help to smoker to quit, and to clinician should promote in the clinical practices to quit smoking.

Response: As I said, the main reason of lung cancer is the tobacco smoking and smoking cessation have demonstrated great impact on lung cancer; for this reason develop strategies to quit smoking or reduce tobacco smoking among women, known as primary prevention in public health, could be a great strategies. For example, the implementation of smoking cessation program in the women cancer screening, such as cervix or breast cancer, could be useful to reduce the smoking prevalence and the lung cancer mortality in the future. Other potential strategy could be the implementation of lung cancer screening In this sense, the National Lung Screening Trial (NLST), the largest lung cancer screening trial so far, was observed to reduce lung cancer and all-cause mortality rates by 20% and 7%, respectively. These results triggered a positive recommendation by the United States Preventive Services Task Force on implementing lung cancer screening programs, which was followed by a number of health facilities in the US. While other lung cancer screening trials support the results obtained in the NLST, the balance between benefits and harms of lung cancer screening is still a matter of debate in the scientific community, mainly due to considerable false-positive rates and over-diagnosis. Besides, there are concerns regarding the organizational procedures and costs of the intervention for certain health systems.

The next step of research in this topic is to evaluate and compare the potential benefits of the implementation of primary prevention (smoking cessation) and secondary prevention (lung cancer screening) among women. The main aspect involving these concerns is to identify the high-risk of lung cancer cohort of women due to its heavy impact on the effectiveness and cost-effectiveness of both interventions.

Response: The history of public health interventions has shown a great impact on the health of the population. In this way, our results highlight the necessity to develop public health strategies, as mentioned previously, to empowering and helping women to stop smoking in order to break the increasing trend of lung cancer. Undoubtedly, these strategies will reduce the health, social, and economic impact of lung cancer among women in the future.

Citation:
Projections in Breast and Lung Cancer Mortality among Women: A Bayesian Analysis of 52 Countries Worldwide