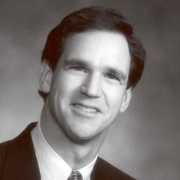 Response: Analysis of past randomized clinical trials involving patients with brain metastases, an extremely heterogeneous population, suggested that the stratification tools of the past were inadequate to ensure those trials were comparing similar patients which made the results of those trials difficult to interpret or misleading.

So, in 2008, a new prognostic index, the Graded Prognostic Assessment (GPA) was designed and published to more accurately predict survival. In 2010, the GPA was refined when we learned survival and the factors that predict survival varied by diagnosis (i.e. lung, breast, melanoma, kidney cancer patients with brain metastases had different survival). Now we have learned survival also varies by gene mutations and the diagnosis-specific GPA for lung cancer is further refined in this article with this new information, specifically EGFR and ALK gene alterations. 27 co-authors from 12 academic medical centers contributed patients to this database which represents the largest study of lung cancer patients with brain metastases ever reported.

Response: Readers should take away that survival and our ability to estimate survival for patients with lung cancer and brain metastases has improved significantly. In the past, conventional wisdom was that all patients with brain metastases died within 3-6 months. Now we know the median survival for some of these patients (ALK-positive) is nearly 4 years. Having a more accurate estimate of survival will affect patients’ and doctors’ choices about how they wish to spend their time and what treatments are most appropriate.

Response: The new molecular Lung GPA (Lung-molGPA) should be used not only for clinical decision-making but should be used to stratify future clinical trials to ensure those trials are comparing similar groups of patients. Without accurate stratification, the results of those trials will be misleading and the trials themselves would be a waste of time and resources.

Response: To make survival estimation as quick and easy as possible, a user-friendly free smart phone/online app has been created.   That app is available at brainmetgpa.com

Citation: This study will be presented at the Society of Neuro-Oncology annual meeting on November 20, 2016 in Phoenix, Arizona and published in