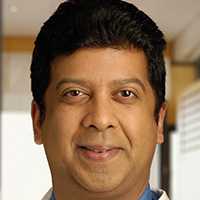 Response: Historically, the treatment for grade two gliomas has been a black box without really a standard-of-care therapy. In the past, it was really dealer’s choice, where it was based upon physician and patient preference. Either radiation alone, radiation plus chemotherapy, or chemotherapy alone, there wasn’t really any data to guide therapeutic decision-making. Then about three years ago the landmark study RTOG 9802 was published, which demonstrated a survival benefit with the addition of chemotherapy to radiation versus radiation alone. That became the standard of care for the treatment of grade two gliomas.

One of the tricky issues with regards to these tumors is that there’s a wide range of outcomes.

There are patients that succumb to disease within months, others that live decades. It’s very
important to personalize care for the individual patient and that’s why biomarkers, prognostic and predictive biomarkers are so important. The 9802 study showed us for the general population of patients that the addition of chemotherapy to radiation improved outcomes versus radiation alone.

The patient population that was selected for our study were the high-risk low-grade glioma
patients. Patients who are generally over the age of 40, tumor sizes that exceeded 6 cm in terms of maximum dimension, tumors that invaded the corpus callosum, astrocytic histology of patients with neurological symptoms. These are typically the patients that were included in the study. Really the main objective of this study was to determine the efficacy of treatment compared to historical controls.

Response: Our research is highly significant from several different vantage points. First of all, methylation of this gene had never been correlated with long-term outcomes in this particular patient population in a prospective phase two setting. It provided evidence that patients who had methylation of this MGMT gene had improved outcomes in the setting of temozolomide plus radiation. These were the longer-term survivors.

Second, our laboratory was the first to publish in clinical cancer research back in 2006 that
MGMT could relate resistance to radiation and temozolomide in pre-clinical models. This was important validation of that initial study and indicated that perhaps targeting this pathway or these DNA repair pathways could be a future direction in terms of potentiating the effect of radiation-temozolomide based chemotherapy.

Our laboratory has also reported that we can look at the protein using these tissues as well. The protein expression of MGMT also seems to be associated with clinical outcome in glioblastoma patients, which we also reported in another previous paper.

Response: The conventional wisdom is that all patients with malignant brain tumors will succumb to disease. What our data shows that for those patients with methylated MGMT promoters, a lot of these patients survive many, many years, even decades, many decades after treatment. There’s definitely hope for that group of patients. We take the worst actors, the tumors that are unmethylated for MGMT, we’re examining novel clinical trials, targeted therapies, immunotherapies, some of which look very promising right now. There’s a lot of hope for this patient population.

Response: In other types of brain tumors, MGMT methylation hasn’t been studied as extensively. The next step is to look at whether the MGMT methylation is a predictive biomarker as well as being a prognostic biomarker. By predictive biomarker, I mean what therapy works best for MGMT methylated versus unmethylated tumors. The National Cancer Institute has approved our laboratory comparing the control arm of RTOG 9802, which was radiation alone versus the radiation and temozolomide group that was treated on RTOG 0424. Hopefully, after that study is completed we can determine whether the addition of chemotherapy to radiation improves outcome compared to radiation alone stratified by MGMT methylation status.

Response: These genetic markers, such as MGMT, will become standard test for this patient population to stratify long-term versus short-term survivors. MGMT, I think, is the tip of the iceberg. We’re also looking at other genomic markers IDH1 and 2 are examples of that, which also stratify long versus short-term survivors. We’re also looking at molecules that can also be direct targets of drugs as well. This could be a great therapeutic importance down the road.