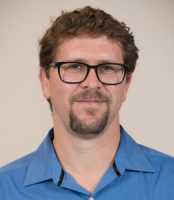 Response: Although additional genetic variants associated with prostate cancer remain to be discovered our current genetic risk score demonstrates the possibility of establishing personalized screening recommendations based on an individual’s genetic risk.

Response: In the U.S. we have a few more hurdles to clear before a trial could be initiated. We have a multi-ethnic population and our current genetic risk model has only been validated within a population of where members are primary of European ancestry. Currently, our collaborators Drs. Christopher Haiman and David Conti at the University of Southern California are assessing the genetic risk model in several ethnic populations including African Americans, Latinos, and Asian Americans. A second hurdle is the majority of the U.S. population is PSA screened and we need to determine where the utility of our genetic risk score would be most beneficial within the current screening recommendations.

Response: Although we are still several years away before a genetic risk score would be used universally in clinical care, we could have an impact among certain high-risk segments of the population, such men with a known familial risk.