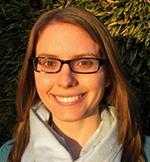 We used 20 years of data on more than 300,000 newly diagnosed lung cancer cases from the California Cancer Registry and calculated average air pollution exposures at each patient’s residence from the date of diagnosis through the end of follow-up. We found that patients living in areas with higher pollution levels had shorter survival, particularly for patients who were diagnosed at an early stage and for those diagnosed at an early stage with adenocarcinoma histology. Interestingly, adenocarcinoma is the most common histological subtype of lung cancer in non-smokers.

Response: The associations in this study are suggestive, but do not demonstrate a cause and effect. Our findings would be strengthened by replicating the results in other locations and with other study designs.